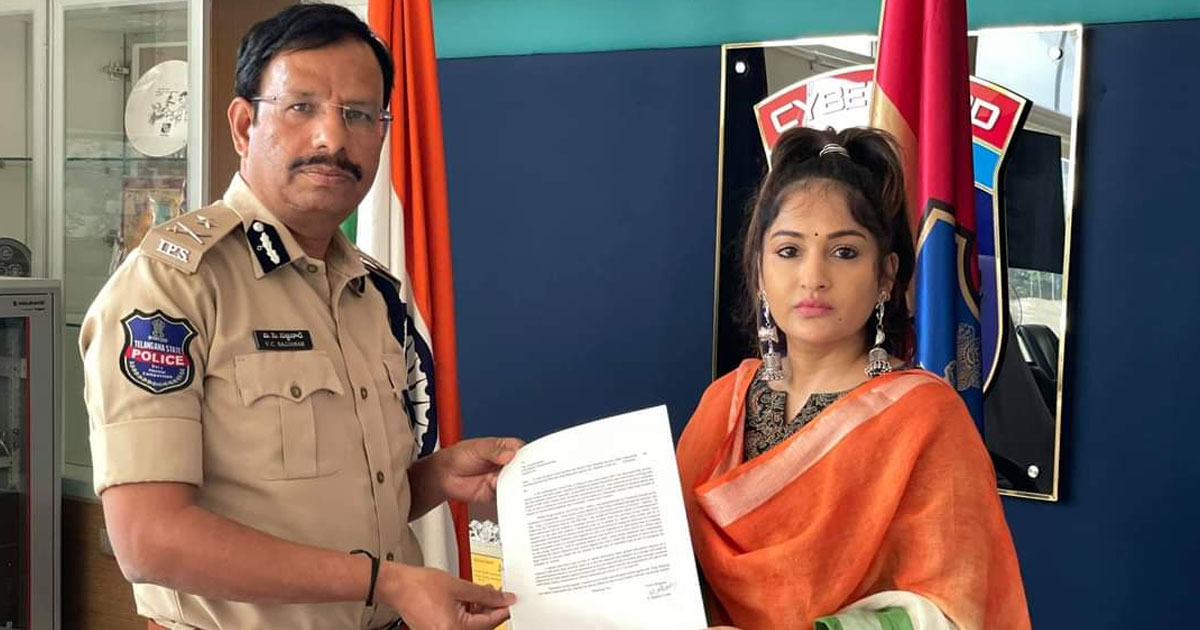 Telugu actor Maadhavi Latha on Thursday complained to Cyberabad police about those making abusive and vulgar comments about her on social media.

She called on Cyberabad Police Commissioner V.C. Sajjanar and submitted a complaint against some groups and individuals trolling her and posting objectionable content on social media.

Talking to reporters after the meeting, she alleged that some people were targeting her for speaking on issues like attacks on temples in Andhra Pradesh.

Met @cyberabadpolice Commissioner Sajjanar sir and gave a written complaint against abuse and character assassination on social media.
This time not just a complaint very soon all those who are abusing me will be booked as per law. pic.twitter.com/2S1tisQ39x

Maadhavi, who joined the BJP in 2018, said ever since she joined politics some people had been making personal attacks on her. She blamed some groups linked with the TRS, the YSR Congress, the Congress and the TDP and few caste groups.

“Some sections of media and social media are resorting to my character assassination. If some girls are caught in some case, they are dragging my name and publishing my picture,” she said.

The actor said the trolling and objectionable posts were causing her mental agony. “My patience has a limit. I can’t take this anymore. I hope the police will take the action,” she said.

Alleging that she is also being threatened by some people, Maadhavi said if necessary she would approach police for a gun license.