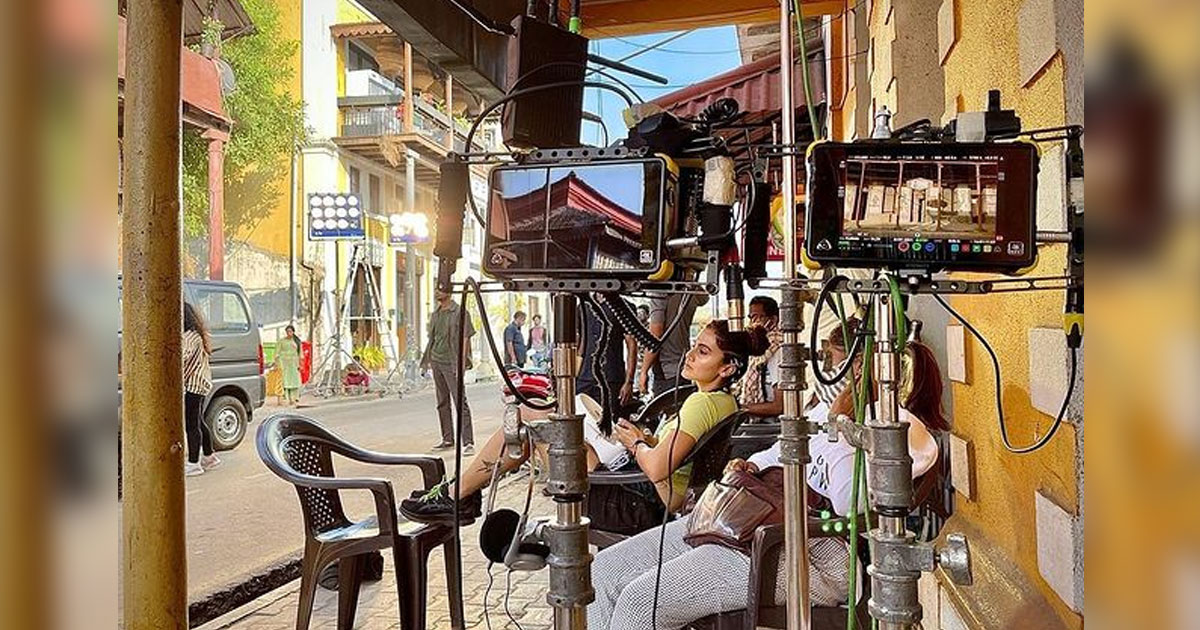 Actress Taapsee Pannu is not letting her fight with actress Kangana Ranaut come in the way of her work and says she is focusing on the shoot her upcoming film, Looop Lapeta, amid all the chaos. On Friday, Taapsee used Instagram to share her state of mind along with a picture where she looks at a scene being shot.

“When you are in between 2 perspectives, in middle of wired up chaos and what you do in the frame is going to matter…….. chin up, feet up and just focus! Coz not everybody gets this privilege ….(Also coz u r getting clicked by the lensman doubling up as producer @atulkasbekar) #LooopLapeta #SetDiaries #SaviTheChiller,” she captioned the image.

Looop Lapeta is directed by Aakash Bhatia and slated to release later this year.

On Thursday, Kangana Ranaut had slammed Taapsee for supporting farmers.

Taapsee Pannu had tweeted: “If one tweet rattles your unity, one-joke rattles your faith or one show rattles your religious belief then it’s you who has to work on strengthening your value system not become ‘propaganda teacher’ for others.”