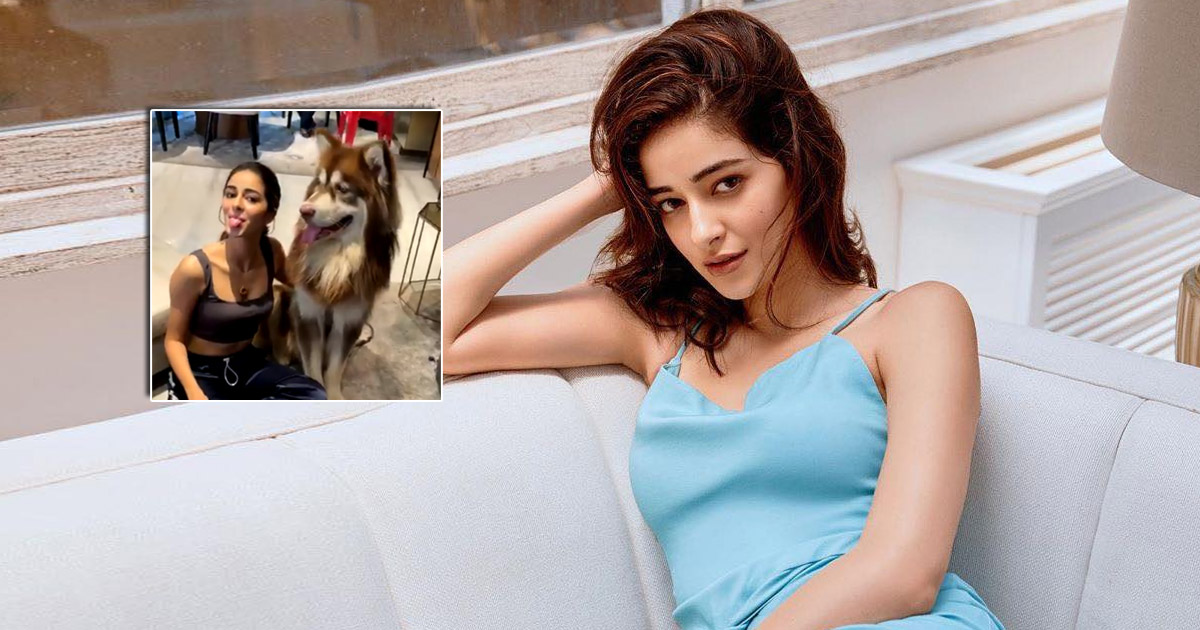 Ananya Panday’s stardom rises with each film she does. Being three movies old she has made sure each of her performance surpassed her own level from her previous movies. Currently, she is working on a Pan-India project, Liger and her producer has taken to social media to share a cute clip of the actress from the set.

In the video, Ananya is having a good time with her producer Charmme Kaur’s dog on the sets of Liger. She seems to be enjoying goofing around with him as she playfully says the “dog is trying to eat my hair” and later bursts into a cute laugh as she tries to mimic the dog’s pose, rolling her tongue out.

Tooo much cuteness in one frame while my baby boy visits our sets of #LIGER..
he surely loves @ananyapandayy just like all of us do 😘😘 @puriconnects @DharmaMovies ❤️

Tooo much cuteness in one frame while my baby boy visits our sets of #LIGER ..
he surely loves @ananyapandayy just like all of us do 😘😘@puriconnects @DharmaMovies ❤️ pic.twitter.com/Z30Jw9Aj7D

With a Pan-India film in her bag at such a young age, her mettle and craft have got the recognition. She is joined by Vijay Deverakonda in the movie as she makes her regional debut as well. This is also the first time the duo stars opposite each other which adds to the excitement around the film. In fact, before the release date announcement, Ananya also shared a clip of herself speaking in Kannada and Telugu which shows how well she has prepared for the movie.

So far Ananya has worked with all young actors and has had new co-stars in each movie which ropes in new fans for her with every release. She has become quite popular among youth and this comes down to her constant engaging and updating fans on her social media handle. This adds to her growing popularity amongst fans, critics and movie makers. She is only beginning and is still learning and improving with each passing movie.

Ananya was last seen in Khaali Peeli which had her featuring in a never seen before avatar of her’s and she received applauds for her potrayal of the character. Next, she features alongside Deepika Padukone and Siddhant Chaturvedi in Shakun Batra’s untitled next.