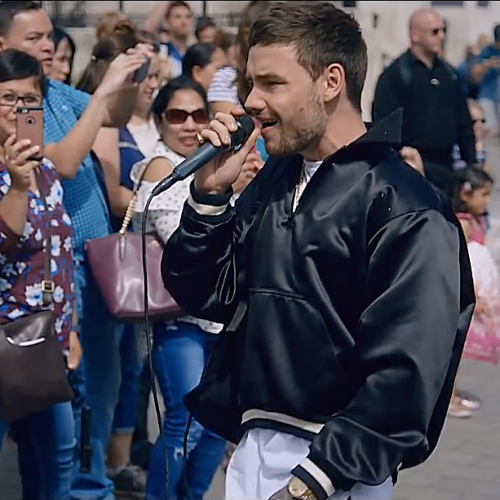 He instructed The Sun newspaper’s Bizarre column: “Quite a few mates said they had to spin their cars around to try and get pictures of me across a bus — but it was my mum’s reaction I remember best.

“She saw the photographs simply earlier than they got here out and clearly there’s some very raunchy ones of me and Stella — so I attempted to indicate my dad first to melt the blow.

“But she got here again and saw what I used to be displaying him. She was like, ‘What’s that?’ and saw Stella draped across me in this picture and then she hit me around the earhole. It took me right back to my childhood straight away.”

He said: “There was a lot of tequila involved for this shoot. It just ended up being a lot more naked than I thought it was – and for [Stella] as well. She was also naked.

“And I was just, you know, ‘Don’t look!’ She was bare behind me and I used to be considering, ‘Liam, don’t look no matter you do.’

“I don’t know the way far that is going to go… That was simply the first shot!”