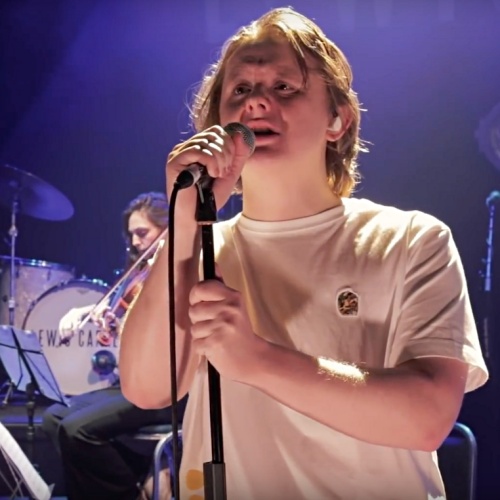 The ‘Someone You Loved’ hitmaker could have plenty of expertise performing however he admits he nonetheless gets “anxious” on tour and it makes him really feel “sick”.

He stated: “I had a panic attack on stage. It was obviously not fun, but when that happens you do have to try and pull everything back in and be like, ‘Right, let’s just try and get through this’. But this is the most anxious I’ve been on tour for ages. I wouldn’t say it makes it hard to enjoy, because I still have fun – but I’d definitely say it’s more taxing, emotionally, maybe. You come to this arena and stand in the middle of it and feel sick because of how big it is. It’s intense. But then the show’s amazing and usually by the last couple of songs I’ve settled – but every night, stepping out in front of that many people, is quite jarring.”

And the 23-year-old singer feels grateful to have such a supportive household round him as he blasted the concept of superstar as “stupid”.

Speaking to The Irish Times, he added: “I don’t drink when I’m on tour. I don’t drink caffeine any more, because I feel that it makes me anxious. But when it gets bigger and bigger. My mum and dad have come to a lot of shows on this tour as well. You just just pull those around you close to you – your friends and the people who have been there from the start. And you have to not take things too seriously. I can see how people lose their footing in it all, and how you can start to think that maybe you’re more important than you are – because people pretend that you are. The idea of celebrity is stupid, I think. But as long as you know that and you remind yourself of that, it’s for the better. To be fair, I’m not Justin Bieber or Ed Sheeran – I’m not getting chased down the street. It’s just a couple of people asking me for pictures when I’m out and about, so it’s not a big deal, really.”