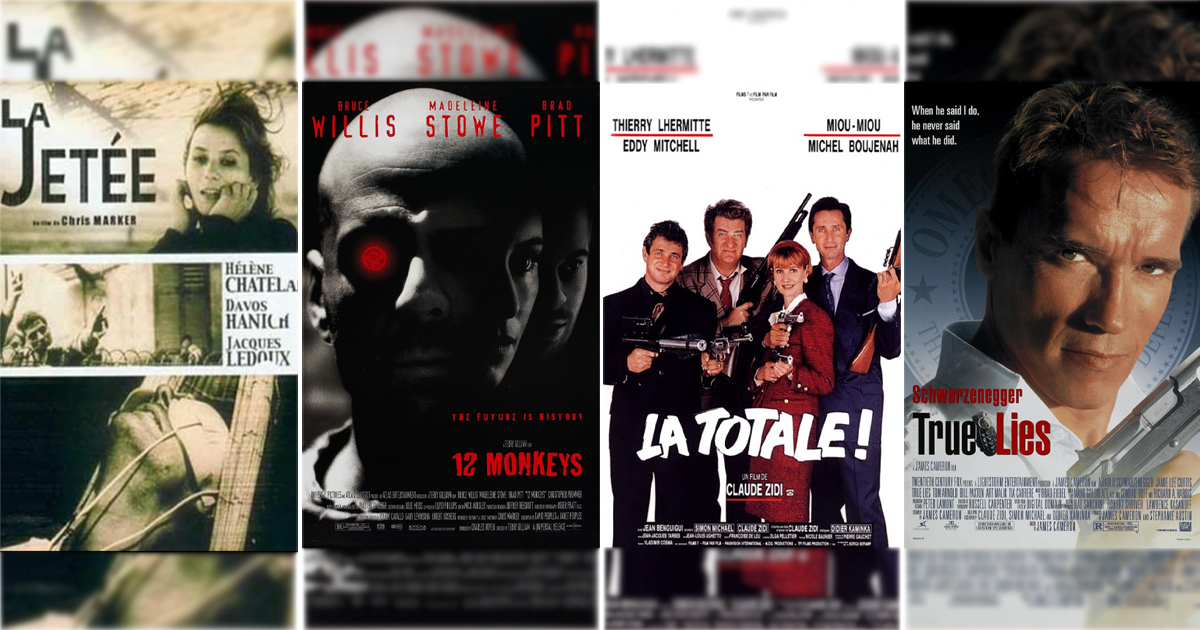 It’s not shocking to know movies are either adapted from or take inspiration from other films to generate content. Makers of many hit films not only look at old films but even across the border for inspirations. Today we bring you a list of Hollywood films that took inspiration from French films to make some much-loved content.

From the Arnold Schwarzenegger starrer True Lies to Johnny Depp and Angelina Jolie’s The Tourist, here’s a look at the Hollywood films that were inspired by French movies.

La Jetée was a 1962 short French Science Fiction film with a run time of just 28 minutes. Made in black and white, the film mostly consisted of still photos and centred on a post-nuclear war experiment.

But in 1995, Hollywood picked up this French film. Titled Twelve Monkeys, the neo-noir science fiction was made by Terry Gilliam and starred Bruce Willis and Brad Pitt. The film was much loved and was even nominated for the Academy Award for Best Supporting Actor. It earned close to $168 million worldwide.

True Lies is fun and thrilling action-comedy that starred Arnold Schwarzenegger, Jamie Lee Curtis, Tom Arnold, Art Malik and others. But did you know this Hollywood film that won the Golden Globe Award (Best Actress) & Saturn Award (Best Director) winning film was adapted from a French one?

The French film was directed by Claude Zidi and starred Thierry Lhermitte, Miou-Miou, Eddy Mitchell and others. While Schwarzenegger made the adaptation memorable with its action, the best scenes are copied from the original.

The Birdcage is a 1996 Hollywood comedy starring talents like Robin Williams, Gene Hackman and Nathan Lane. The film that has a 7.1 IMDb rating currently is about the incidents that take place after an openly gay couple pretend to be straight when introduced to their son’s conservative in-laws.

For those who do not know, this box office hit – which earned Williams and Lane accolades for their performance, was the remake of the 1978 Franco-Italian film La Cage aux Folles. Directed by Édouard Molinaro, the film starred Michel Serrault and Ugo Tognazzi in the lead.

Initially released in French in 1985, Trois Hommes et un Couffin is a comedy that surrounds three men who have to deal with life when a baby is unexpected though in their life. The film starred Roland Giraud, Michel Boujenah and André Dussollier and was directed by Coline Serreau.

The Hollywood adaptation released in 1987 and starred Tom Selleck, Steve Guttenberg and Ted Danson. Directed by Leonard Nimoy, the film won the 1988 People’s Choice Award for Favorite Comedy Motion Picture. The film was even remade in Hindi.

Did you know the French film was nominated for an Academy Award and Golden Globe Award for Best Foreign Language Film?

Anthony Zimmer was a 2005 French romantic thriller directed by Jérôme Salle and starred Sophie Marceau, Yvan Attal, and Sami Fre. This film was adapted in Hollywood in 2010 as The Tourist.

This Hollywood remake was directed by Florian Henckel von Donnersmarck and starred Johnny Depp and Angelina Jolie in the lead. The remake version a massive success throughout the world.= almost earning double its budget.

Do you love these Hollywood adaptations of the French original? Let us know in the comments.

Must Read: Jennifer Lopez’s Super Bowl Performance Is Like A Triple Crown In Baseball, ‘Proud’ Alex Rodriguez Compliments His Fiancée