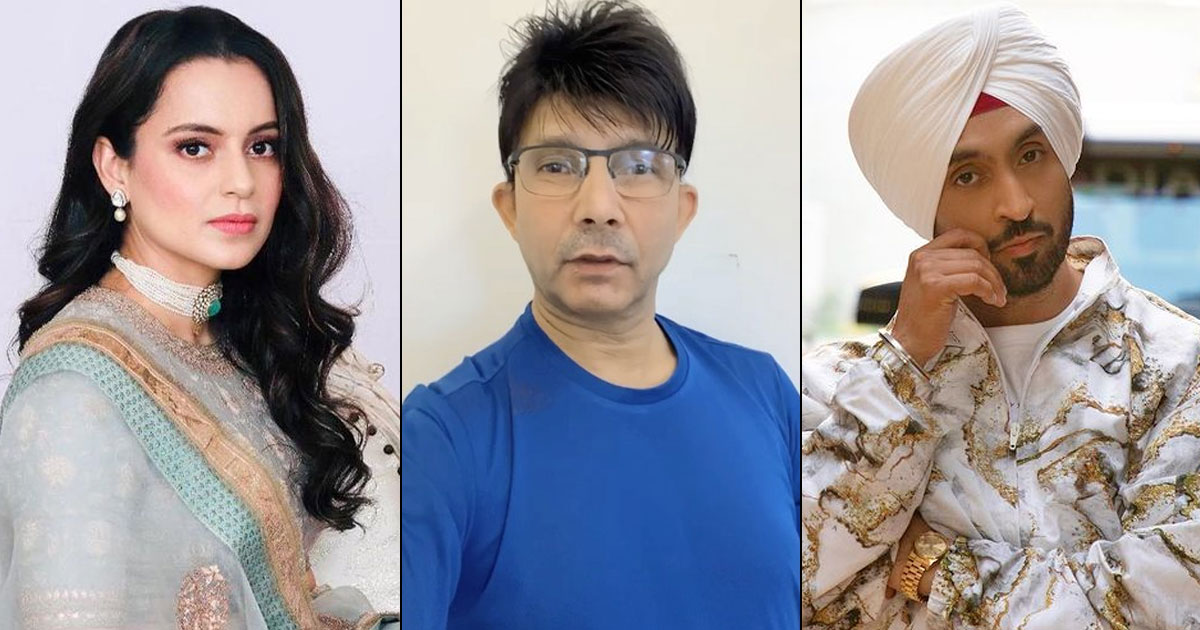 The Farmer’s protest has suddenly taken a 360-degree turn after Rihanna tweeted about the same. Since yesterday, social media has been abuzz debating over the ongoing Farmer’s Protest. Many celebrities are tweeting in support of #IndiaTogether and #IndiaAgainstPropaganda. Celebrities like Akshay Kumar, Virat Kohli, Ajay Devgn, Suresh Raina, Suniel Shetty, Karan Johar and many others took to their social media handles to talk about unity in India. Kangana Ranaut and Diljit Dosanjh too have constantly been tweeting about the protest. Amidst all this, self-proclaimed critic Kamaal R Khan has a request for these two.

Amidst such an important debate, KRK’s request has left us all in splits. Keep scrolling further to know more.

Taking to his Twitter handle, he requested them not to use his famous dialogue ‘2 rupee people’. He wrote, “You both @diljitdosanjh @KanganaTeam Please don’t use my #2RsPpl dialogue!” Yes, this calls for a facepalm moment. Diljit Dosanjh and Kangana Ranaut have been at war over Farmers’ Protest in the past. Check out the tweet below:

On social media, both the stars have had a war of words as Kangana Ranaut made a tweet over an elderly woman taking part in the protest.

What do you have to say about Kamaal R Khan’s request? Share your thoughts in the comments section below.