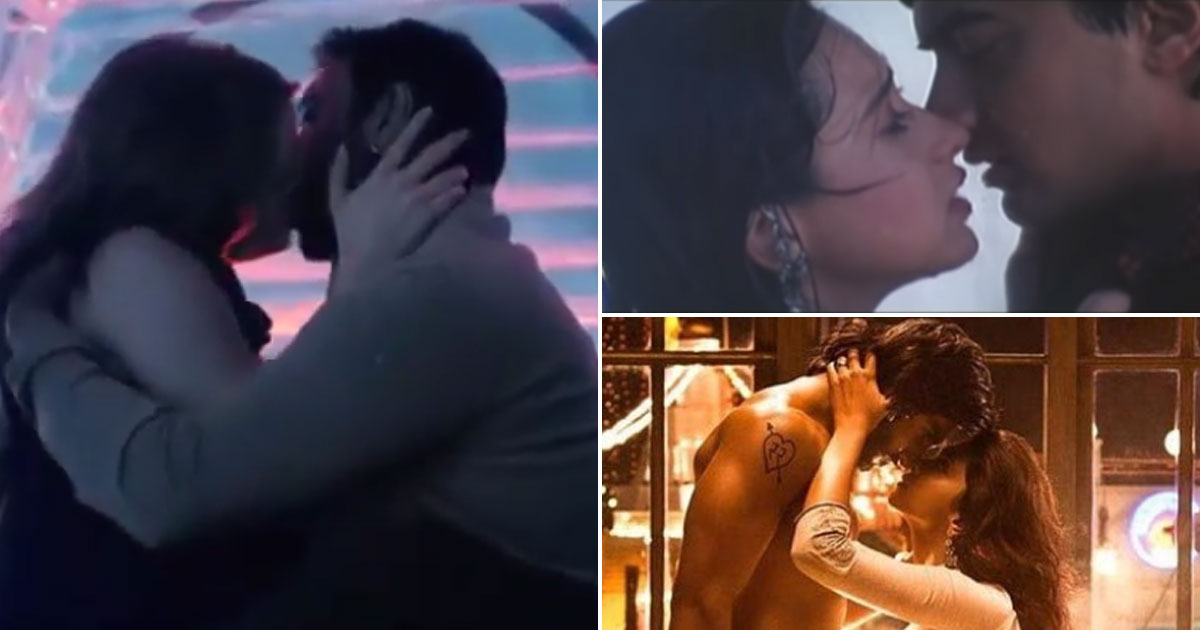 Valentine’s Day is less than 12 hours away, and we are celebrating Kiss Day today. When you think of kisses in Bollywood, who comes to mind? Well, for us it is none other than the serial kisser of Bollywood, Emraan Hashmi. But did you know he doesn’t have the most extended on-screen kiss in the industry?

As we celebrated Kiss Day 2021, we bring you 5 of the longest kisses in Bollywood. FYI: None of them features Emraan. Also, scroll till the very end to know which is the most prolonged kiss, and we are sure you will be shocked.

From Goliyon Ki Raasleela Ram-Leela and Dhoom 2 to Raja Hindustani and Shivaay, check out the 5 lengthiest kisses of Bollywood.

Hrithik Roshan has shared many kisses on the silver screen, but this steamy lip-lock with Aishwarya Rai Bachchan in Dhoom 2 is one of his longest ones. Last for over 10 seconds, the kiss is filled with love and is shared soon after he asks her to prove her loyalty.

Ranveer Singh and Deepika Padukone sure set the screens on fire with their sizzling chemistry in Sanjay Leela Bhansali’s Goliyon Ki Raasleela Ram-Leela. While the couple shared numerous kisses in the film, their lengthiest one lasted almost 40 seconds and took place after they are married. Their off-screen chemistry was evident on-screen!

When we talk about this 1996 film, one of the many things that come to mind is the sensual, long kiss Aamir Khan and Karisma Kapoor share in the rain. The almost minute-long kiss was passed without a single cut, and audiences got to see some steamy romance. Talking about the scene, director Dharmesh Darshan, “Anticipating trouble, I’d shot an extra-long kiss and was expecting to be questioned. But the censors surprised me with their compliments.”

Ajay Devgn treated the audience with a full-fledged lip lock/makeout session after almost two decades of being in the film industry. Ajay shared some steamy kisses with debutant actress, Erika Kaar in Darkhaast from Shivaay (2016). The 7minutes long song sees them locking lips for approximately three long minutes.

The longest ever kiss in a Bollywood film is also said to be the first-ever lip-lock on-screen in the industry. This kiss stands at four minutes and was shared between a real-life couple, Devika Rani and Himanshu Rai in the 1933 bilingual film Karma. Released later in Hindi as Nagan Ki Ragini, the film was directed by J.L. Freer Hunt. If you check out this kiss scene now, it looks more like a bad CPR being given than a sensual kiss between the leads.

Are y’all celebrating Kiss Day too? Which Bollywood kiss did you find to be most sensual? Let us know in the comments.