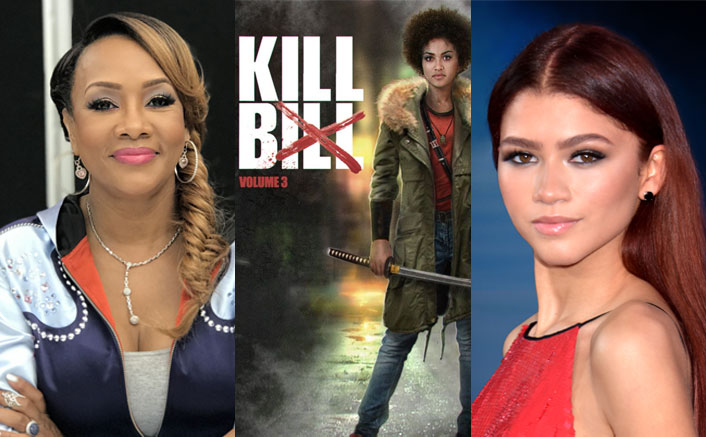 Kill Bill Vol. 2 was launched in April 2004. Since then, franchise followers are ready for Vol. 3. The director Quentin Tarantino has additionally been teasing the followers by hinting at the potential of vol. 3. In a current interview with NME, Vivica A. Fox additionally revealed whom she desires to get casted for the position of her daughter in Vol.3.

Fox’s character Vernita Green was barbarously murdered by Uma Thurman’s The Bride in Kill Bill Vol. 1’s opening scene. And there’s a large chance that the story in Vol. Three would revolve round Green’s daughter Niki and her journey to hunt revenge for her mom’s homicide.

Tarantino himself had admitted in a 2004 interview with Entertainment Weekly that the star of Vol.Three can be Nikki. The Pulp Fiction director had mentioned, “I’ve already got the whole mythology: Sofie Fatale [Julie Dreyfus] will get all of Bill’s money. She’ll raise Nikki, who’ll take on the Bride. Nikki deserves her revenge every bit as much as the Bride deserved hers.” Since Niki can be an important character in Vol. 3, Vivica A. Fox desires this character to be performed by none aside from Zendaya.

Admitting her pleasure to see Zendaya as Niki, Vivica A. Fox advised NME, “So I went, Zendaya! How hot would that be? And that would probably green light this project.” Fox additional added that Zendaya and Uma are each very tall, and it could simply be kick-butt. She completely loves Zendaya.

Do you suppose Vivica A. Fox’s selection Zendaya will likely be an important selection for Niki? Let us know!