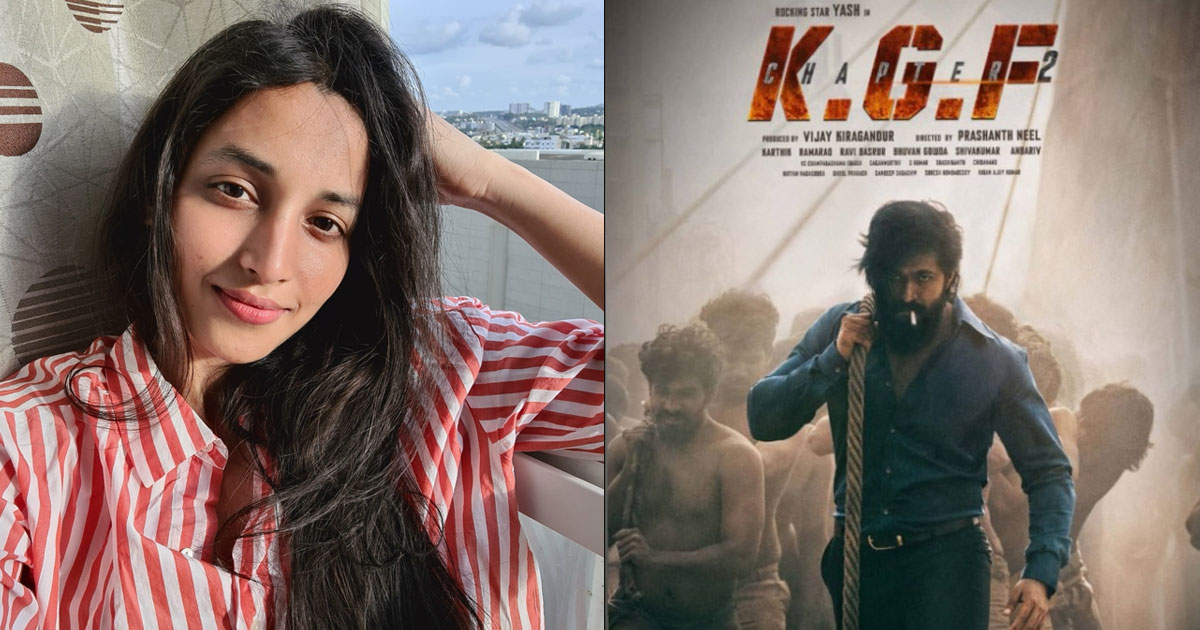 KGF Chapter 2 is currently the most awaited film in India. Featuring Yash in a lead role, the action thriller is grabbing headlines for all right reasons. It’s the content power of the first instalment which has set the big stage for this film. In fact, Chapter 1 tasted such a success that the film’s leading lady Srinidhi Shetty was floored with as many as 7 films.

Yes, you read that right! It’s not us but Srinidhi herself revealed about rejecting the films post KGF Chapter 1’s success. For the unversed, Srinidhi won Miss Supranational, the international female beauty pageant, in 2016. She also won 2016 Miss Diva. She began her acting career Chapter 1 and was applauded for her screen presence.

Expectedly, Srinidhi Shetty was offered as many as 7 films post her sensational debut but had to reject all of them for KGF Chapter 2.

As reported by Times Of India, Srinidhi Shetty said, “After the thunderous reception for the first part of KGF, the makers wanted to start the second chapter early than actually planned. Several filmmakers approached me to be a part of their projects which would require dates during the months of June and October. So, I had to drop them with no option left.”

“I would have dropped at least three films in Kannada, two in Tamil and Two in Telugu,” she added. Srinidhi will be next seen in Tamil film, Cobra.

Helmed by Prashanth Neel, KGF Chapter 2 is slated to release on 16th July 2021. Apart from Yash and Srinidhi, the film also stars Sanjay Dutt, Raveena Tandon and Prakash Raj in key roles. The film will be releasing in five languages simultaneously including- Kannada, Tamil, Telugu, Malayalam and Hindi.