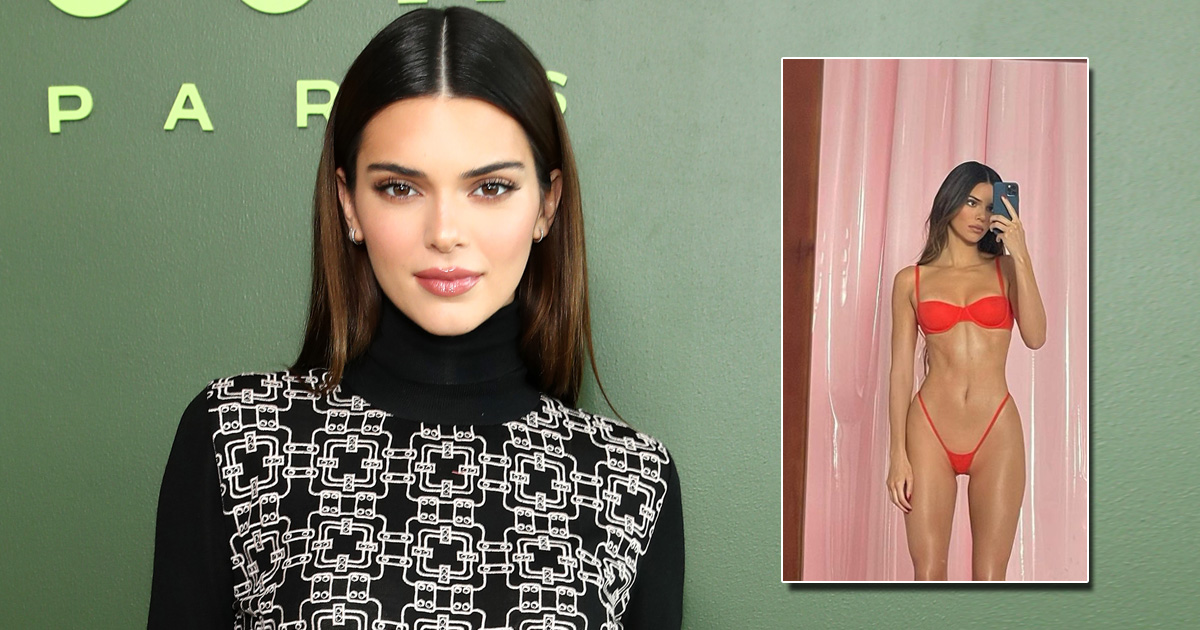 Kendall Jenner is one of the most popular models in the world. The model comes from a popular clan and is a daughter of reality TV star Kris Jenner and sister of Kim Kardashian, Kourtney Kardashian, Khloe Kardashian and Kylie Jenner. The Victoria’s Secret model just shared a picture donning Skims new Valentine’s Day collection and netizens are in awe of her ‘unreal’ figure.

Kendall is one of the most successful models in the world and her street style is what her fans love the most.

Kendall Jenner was shooting for Skims Valentine’s Day collection which is an intimate wear line by her elder sister Kim Kardashian. The duo was accompanied by the youngest sister and beauty mogul, Kylie Jenner. Their pictures have been going crazy viral on social media.

Sharing the pic on Instagram, Kendall wrote, “vday is coming 💗 BTS from @skims”. The Victoria’s Secret model was seen wearing a red bikini set and her figure is what stands out in the picture and netizens are going gaga over the same.

A user tweeted, “I’m sticking this picture on my fridge as motivation UNREAL…” Another user tweeted, “Well that’s it, in 2021, Earth: The most physically perfect and beautiful woman in the universe.”

Take a look at some of the reactions here:

I mean it’s the being rich and having the best dietician for me #KendallJenner pic.twitter.com/Cugyd51TbS

listen all bodies are beautiful, but kendall jenners remains the body i want to be. @KendallJenner #KendallJenner #kendalljennerbody #body pic.twitter.com/JDWBxldps9

#KendallJenner Hmm. Okay! Rice banned in our house for 2021. pic.twitter.com/9LEKn2UTXh

Meanwhile, Kourtney Kardashian shared pictures with Kendall Jenner chilling in a pool. In the image, the two sisters sit at the poolside with their backs towards the camera, dressed in bikinis. The other picture features the two enjoying a fruit bowl in the pool.

Kourtney captioned the image with a pineapple, strawberry, blueberry and grapes’ emoji.

What do y’all think of Kendall Jenner’s unreal pictures from the recent uploads on her Instagram? Tell us in the comments below.

Must Read: Get Out Fame Daniel Kaluuya Reveals Not Getting Invited To The Film’s Premiere, Says “You Don’t Want To Be In A Place That You Don’t Feel Wanted”