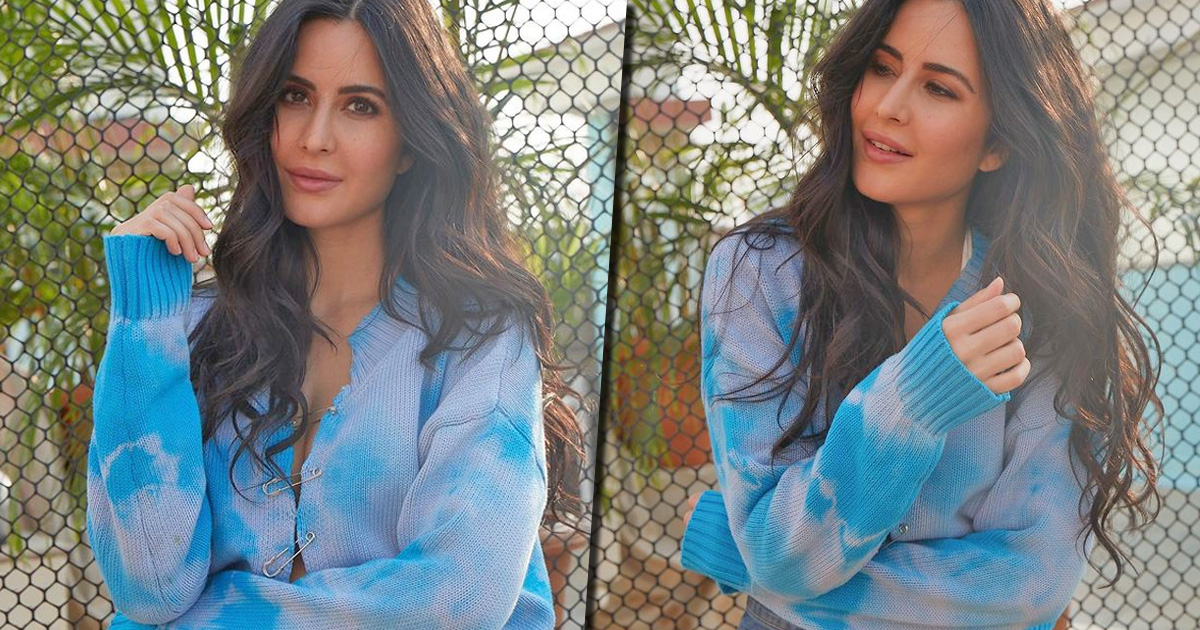 Actress Katrina Kaif pins her winter style statement with a twist of subtle oomph in the latest pictures she shared on Saturday with fans on social media.

In two Instagram pictures, Katrina wears a blue tie-dye and front-open sweater. She prefers to keep the front unbuttoned, but loosely held together with three oversized safety pins.

“Shades of….” she captioned the image along with blue heart and butterfly emojis.

Katrina is currently busy shooting for the horror-comedy Phone Bhoot in Udaipur. She co-stars Ishaan Khatter and Siddhant Chaturvedi in the film. The film is directed by Gurmmeet Singh, and produced by Farhan Akhtar and Ritesh Sidhwani. Phone Bhoot has been written by Ravi Shankaran and Jasvinder Singh Bath.

She is also gearing up for Tiger 3 with Salman Khan, and her next release is the Akshay Kumar-starrer cop action-drama Sooryavanshi.

Meanwhile,  Katrina Kaif has started shooting for her upcoming horror comedy Phone Bhoot and, going by pictures she posted on Thursday, she has found a new gang to get join thanks to co-stars Ishaan Khatter and Siddhant Chaturvedi.

Katrina shared a couple of pictures from the set where she features with Siddhant and Ishaan. The trio are captured enjoying a lake-side view at Udaipur, where the film is being currently shot.