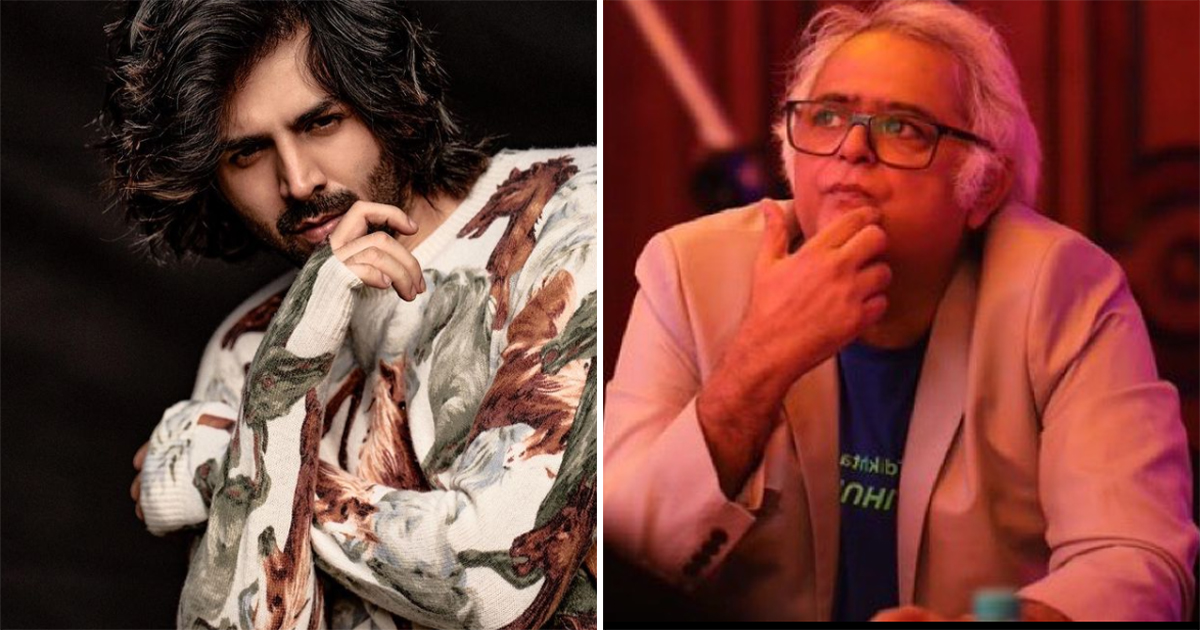 Kartik Aaryan is busy grabbing new films these days. While the charming actor has films like Bhool Bhulaiyaa 2 & Dostana 2 waiting to release, he recently wrapped up Dhamaka as well. But that’s only half of what KA has in his kitty right now.

Reportedly, Kartik Aaryan is already in talks with Sanjay Leela Bhansali for his upcoming much talked about web series Heera Mandi and also for Shah Rukh Khan’s upcoming production also starring Katrina Kaif. And now we hear that he may also work with Hansal Mehta for his upcoming film based on real events.

Hansal Mehta had a good 2020 with a huge OTT success like Scam 1992 and a moderate one with Chhalaang. Now in 2021, he is one of those directors on whom several eyes are set. As per Pinkvilla, a source has reported, “Kartik and Hansal share a good equation and have been meaning to collaborate for a while now. This one is a real-life story which will be produced by Ronnie Screwvala. However, the involved parties are yet to sign on the dotted line. The film is expected to go on the floors in the first quarter of 2022.”

Meanwhile, it has been learnt that the story is in the development stage right now and the filmmaker will start pre-production only after that.

Meanwhile, Kartik Aaryan recently revealed that he is wondering if he should pursue a modelling career now. And he sought the opinion of fans for the same. The actor’s Instagram post on Monday underlined his funny quandary.

In a monochrome picture Kartik shared, he flashed a smile and flaunted long hair.

What are your thoughts on the same? Let us know in the comments section down below. Stay Tuned to Koimoi for more updates.

Must Read: SShraddha Kapoor Breaks Silence On Wedding Rumours With Rohan Shrestha: “What Are You Even Talking About?”