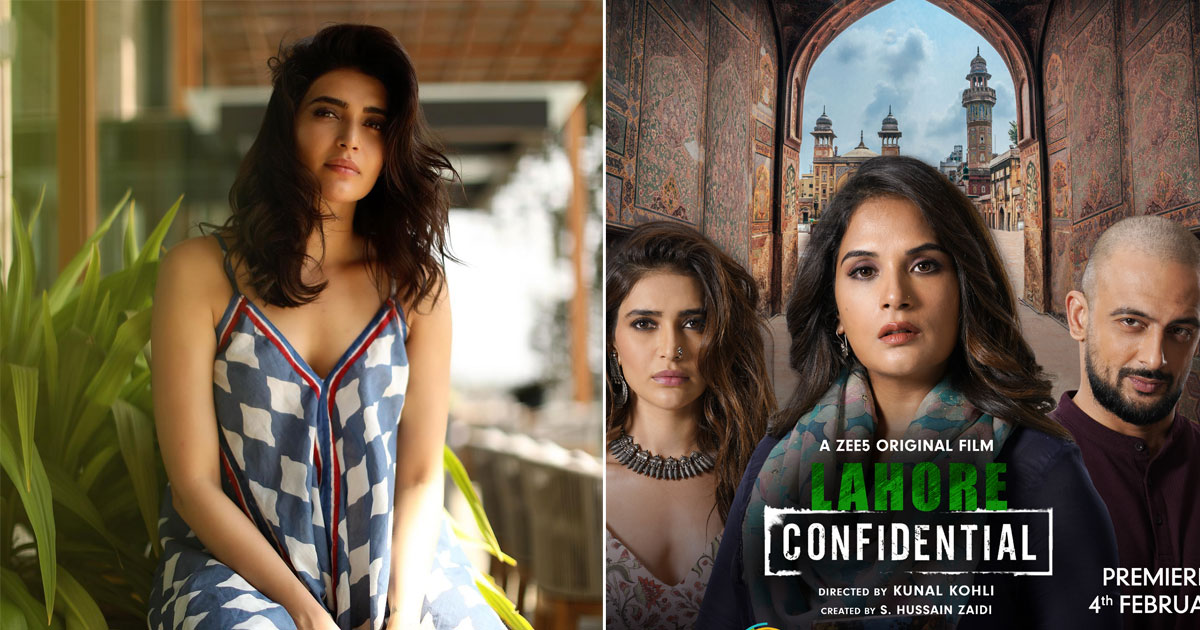 ZEE5’s latest outing ‘Lahore Confidential’ has finally released and has been receiving raving reviews from fans all across.

The film stars Richa Chaddha in the lead along with Arunoday Singh and Karishma Tanna.

Karishma shares, “Yes, I am making my OTT debut with ZEE5’s Lahore Confidential and I am very excited and very proud that I am going to make my debut with the best Production and with the best Costars and Best Director.”

The film is directed by Kunal Kohli and produced by Jar Films.

Kunal Kohli says his upcoming romantic spy thriller is narrated from the point of a woman, which makes it an unconventional film. “The main thing different about Lahore Confidential is the fact that it is from the point of view of a woman and it places a woman equally at the centre of the stage,” Kohli said.

“(It is) the stage of a job, stage of a spy, a stage of equal rights, a stage of everything where finally women are at par, and every step of the way,” Kunal Kohli added.

Must Read: Shweta Tiwari Is Soaring The Temperatures With Her Thigh-High Slit Dress & We’re Mesmerised!