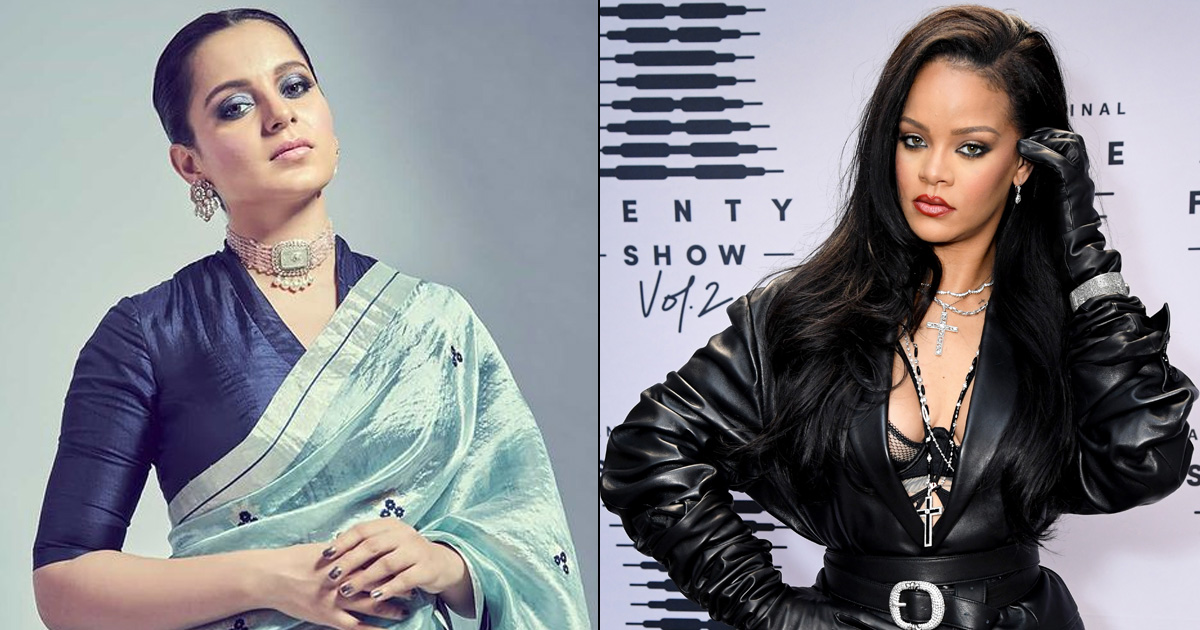 Bollywood actress Kangana Ranaut is embroiled in yet another controversy. It all happened as international diva Rihanna highlighted the Farmers’ Protest in India. Ever since a lot of Hollywood celebs have been coming in support of the farmers. The Dhaakad actress, however, has launched a fresh attack that involves terms like a p*rn star! Read on for details.

Well, it isn’t the first time that Kangana has ended up calling somebody an adult star. She had previously done the same with Bollywood actress Urmila Matondkar. Amid the on-going rifts, Kangana shared a bikini-clad picture of Rihanna performing on the stage. On the other side was the actress herself praying to god!

Check out the pictures shared by Kangana Ranaut below:

As soon as Kangana shared these pictures, Rihanna fans got mad. They began sharing explicit pictures of the actress from her movies, bikini pictures from real life and more.

A user shared a picture of Kangana Ranaut smoking a cigarette as she sat in a bikini. “संस्कारी नारी कंगना,” wrote the user.

In another tweet, Kangana Ranaut called Rihanna a p*rn singer. She shared a video of Punjabi singer Jagmeet Singh praising the Umbrella singer.

Must Read: Urmila Matondkar Reacts To Trolls Calling Her Aunty: “They Can’t Make Me Feel Bad”