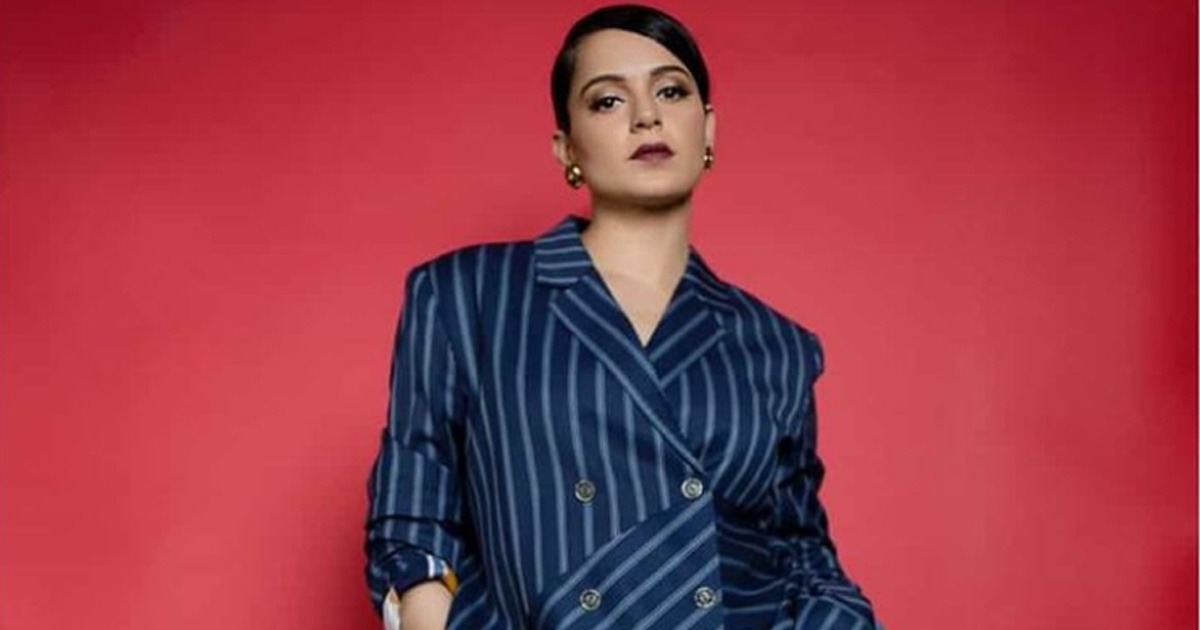 Actress Kangana Ranaut doesn’t mince words when speaking her mind. She is quite active on Twitter and even slammed international pop sensation Rihanna when she supported farmers protesting at Delhi borders. Now the actress has once again taken to Twitter and challenged netizens to find a better artist than her on the planet.

The Dhaakad actress took to the microblogging site, sharing stills from her upcoming movies and stated that she can do challenging roles like veteran Hollywood star Meryl Streep and don a glamorous action avatar like Gal Gadot. The stills were from her films Dhaakad and Thalaivi.

Kangana Ranaut wrote, “I am open for debate if anyone can show me more range and brilliance of craft than me by any other actress on this planet. I promise to give up my arrogance until then I can surely afford the luxury of pride #Thalaivi #Dhaakad.”

The actress further wrote, “Massive transformation alert, The kind of range I display as a performer no other actress on this globe has that right now, I have raw talent like Meryl Streep for layered character depictions but I can also do skilled action and glamour like Gal Gadot #Thalaivi #Dhaakad.”

I am open for debate if anyone can show me more range and brilliance of craft than me by any other actress on this planet I promise to give up my arrogance, until then I can surely afford the luxury of pride #Thalaivi #Dhaakad pic.twitter.com/0RXB1FcM43

Netizens were quite amused by her claims. One user wrote, “My mother always told me. Jis ki tareef koi nai karta, wo apni tareef khud karta hai (One who never gets praised by anyone, resorts to praising themselves),” while another user wrote, “I pity the people who are constantly around her. God bless them.”

This is not the first time that Kangana Ranaut has praised herself on Twitter. She previously called herself a ‘queen’ and ‘babbar sherni’ on Twitter.

On the work front, Kangana Ranaut‘s film Thalaivi, wherein she plays the role of former late Chief Minister of Tamil Nadu J Jayalalithaa, is in the post-production stage. She is currently filming for Dhaakad wherein she is playing the role of Agent Agni. Other stars like Arjun Rampal and Divya Dutta will also be seen in important roles in the film.

Dhaakad film is scheduled to be released on October 1 this year.