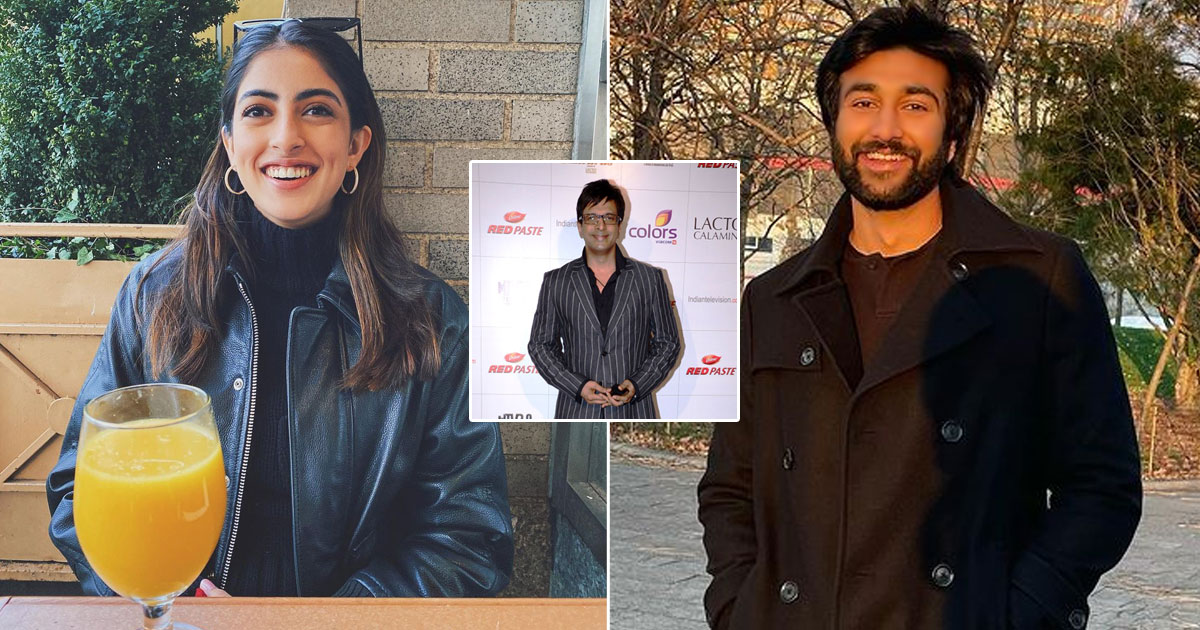 Amitabh Bachchan’s granddaughter Navya Naveli Nanda and Jaaved Jaaferi’s son Meezaan Jaffrey are among the most spoken about linked up pairs in Bollywood. While the two have kept tight-lipped about their dynamic and called it a friendship, turns out papa Javed has decided to open up on the matter and has a strong stand about it. Jaaferi feels people need a strong stand. Read on to know what the veteran actor has to say about the same below.

For the unversed, Navya and Meezaan are time and again in the headline for their alleged relationship. The two childhood friend have not shed much light on their dynamic, but Meezaan has always said that there is nothing of those sorts between them. Now Jaaved Jaaferi is speaking up.

As per FilmiBeat, when asked by Meezaan Jaffrey and Navya Naveli Nanda’s rumours, Jaaved Jaaferi said people want content. He said that they have been knowing each other since childhood. That is not it, Meezaan has been Sara Ali Khan’s classmate too and they have been amazing friends. He says some things are taken on way different tangents sometimes by the people.

Jaaved Jaaferi said, “People want content. Being good friends with somebody is considered to be something else always. These children have grown up together; my daughter and Navya have been friends since school. They have a common group of friends. Even Sara Ali Khan and Meezaan Jaffrey were in the same school. They used to come home, hang around till 3 am. It is convenient to link them up as they are always together.”

Meanwhile, in the past as per the same portal, Meezaan while talking about the same had said, “Why will I admit it when there is no relationship? There is no relationship, okay? We’re friends. Friends ka bhi ek relationship hota hai. It’s not a boyfriend-girlfriend dating relationship. Just cause we get papped outside the theatre leaving with friends, by the way, that doesn’t mean, ‘Oh, we’re dating.”

Must Read: Tiger Shroff Flaunts His Perfectly Toned Abs & We’re Like “Are They Real?”