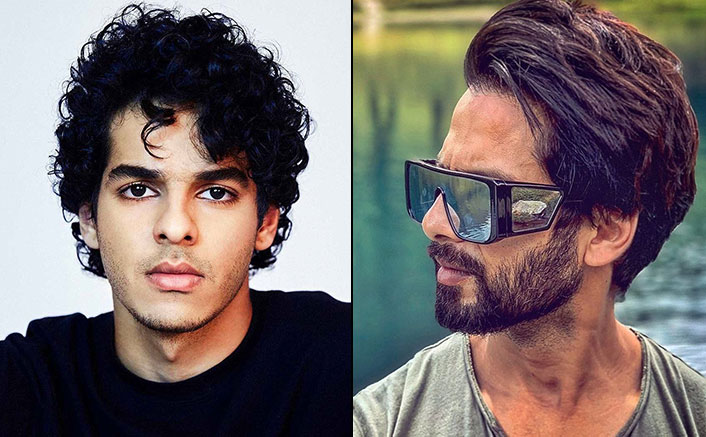 “I do not feel irked by the fact that I am often recognised as his brother. I came into the public eye at a young age of 15 and have been associated with him since then. That image has lived longer than the independent actor that I am now,” Ishaan stated.

Talking about his bond with Shahid, Ishaan Khatter stated: “Initially, I would always be discussing with him his choices of films and his roles, just to get a perspective and learn. It’s because of the fact that we are passionate about the same thing, I find myself very fortunate to go up to him, sit with him and learn from his experiences.”

“I have learnt a plethora of things from him. He has a lot of strong qualities that I really look up to and really admire. He has held up to a certain value system that has made him the person he is today. He is focused,” added Ishaan Khatter.

He additionally opened up about his working relationship with co-actors Janhvi Kapoor and Ananya Panday. “Ananya truly enjoys exploring herself as a performer and is a very honest person. On the other hand, Janhvi is extremely sincere and is always committed to the cause of doing a lot of good work. She is very curious, an explorer and tries to get it done to perfection in the first take itself,” he stated.

Ishaan Khatter’s piece of recommendation for himself is: “It’s important to keep my mind intact and focused at all times. It helps me to inculcate a sense of responsibility and a thirst and hunger to learn. Overall this has made me more curious and driven,” he stated in an episode of Zee Cafe’s “Starry Nights Gen Y”.