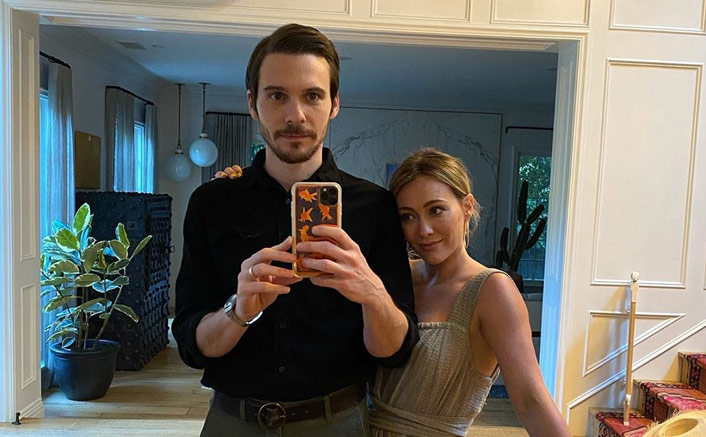 Actress Hilary Duff says she is grateful for her husband Matthew Koma, for serving to her out round the home amid the Covid-19 lockdown.

“We are doing great, and he’s the best. He is so sweet. So, he has his own studio and he goes to work Monday through Friday. He’s been really busy right now, obviously, because he can do everything alone,” she mentioned.

“But I’m home all day. So, we came up with this routine where he lets me sleep in, and he does the first three hours with the kids in the morning because he knows, once they see me, they only want me. Literally, none of my friends say that they have the same thing going on in their household. So, I’m really grateful he’s super involved. So, it’s been great,” she added.

The actress has two children — Luca, eight, with ex-husband Mike Comrie, and Banks, 21 months, with Koma.

The 32-year-old admitted “some days are better than others” in relation to staying at residence, however acknowledged she couldn’t “complain” as a result of her household has “everything (they) need”.

She mentioned: “I obviously want things to go back to normal, but I’m not going to fight it. It’s actually become the norm – ‘here’s what we are doing,’ you know, ‘we’re still in this’ – and it’s not as much of a panic like, ‘I can’t do it anymore’. Like, we’re in this for a while, and I think some days are better than others. It’s hard to complain because we have a pool, and a backyard … and we have everything we need. We have food. But everyone’s life has changed, so it’s definitely still challenging at times.”

Duff is pleased to look at her youngsters develop up all through the lockdown.

She mentioned: “My kids, it was different having them so far apart, and it’s been a beautiful thing to watch my son play with my daughter every day and, like, actually want to, you know? I was worried that they wouldn’t have anything in common, but he’s so good to her and she’s obsessed with him. So, that’s been a bonus. I’m not working and as tired as I get by them by the end of the day … there’s so many moments where I feel so grateful to watch their bond and have uninterrupted family time.”