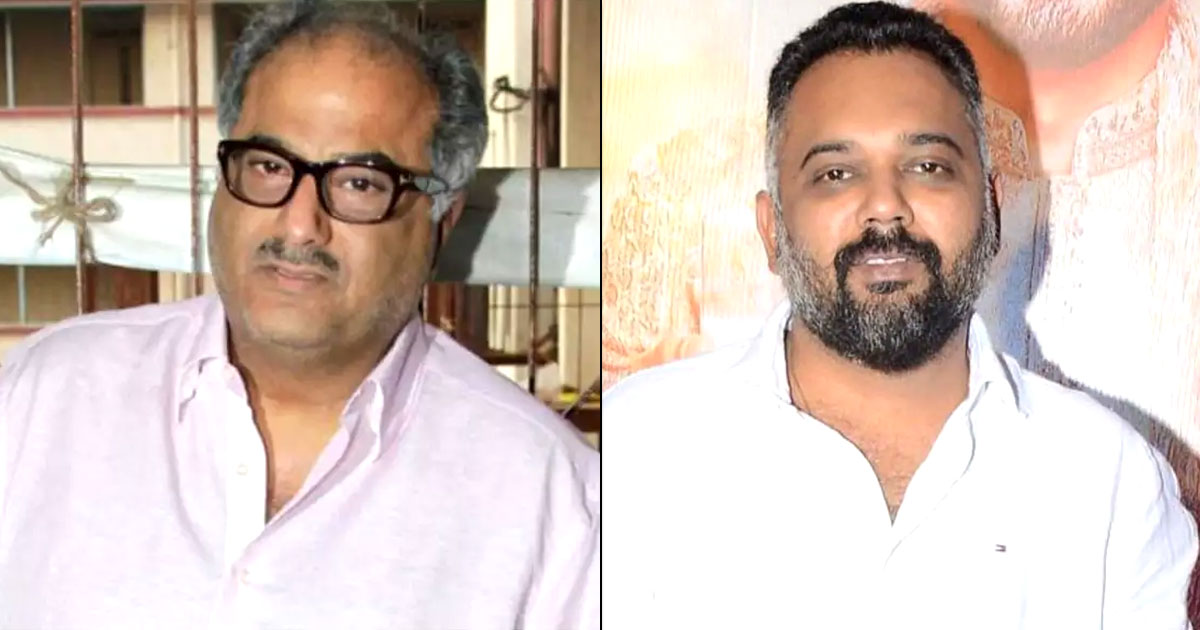 Boney Kapoor, who have produced numerous Bollywood films like Mr India, No Entry, Judaai and Wanted, is all set make his acting debut at the age of 65. The ace producer has now opened up about his role in a film directed by Sonu Ke Titu Ki Sweety director Luv Ranjan.

After making his appearance as Cameo in Vikramaditya Motwane’s AK vs AK, he is ready to take up a full-fledged role on Luv Ranjan’s next film starring Ranbir Kapoor and Shraddha Kapoor recently went on floors. Scroll down to read more.

According to SpotboyE, Boney Kapoor had no intention of taking actions for a film. However, he agreed to take up acting after his daughter and son coaxed him for a film directed by Luv. He said, “This happened because Luv insisted. He deputed my children to coax me, and you know I can’t say no to my daughters and son.”

Boney Kapoor had a secret ambition to become a filmmaker instead of an actor. Talking about it, he said, “I want to direct a film. I’ve been producing films from the age of 25. That’s when I produced my first film Hum Paanch. I think it’s time I directed a film. It will happen sooner rather than later. In these uncertain times, it’s better to do what you want to do rather than to push it to later.”

Currently, the ace producer is in Delhi shooting for Luv Ranjan’s film. He is enjoying every bit of his new experience. “Ranbir who plays my son has virtually grown up in front of me. He’s so talented. But I’m not nervous about facing the camera. Maybe the nervousness will come later. Dimple Kapadia who plays Ranbir’s mother is someone I’ve known from even before the time she signed Raj Kapoor’s Bobby.”

Boney Kapoor also revealed that this is not the first time that he has been offered a role in a film. Previously, he was offered a role of Sridevi’s love interest in the film Lamhe, helmed by Yash Chopra. He said to the publication, “Many years ago Mr Yash Chopra had offered me Lamhe, the role of Sridevi’s love interest that was played by Deepak Malhotra. I don’t know how serious the offer was. I was tempted to do it so I could be close to her. In fact, when Lamhe was being shot in Switzerland, I had flown down to meet her under some work-related pretext.”