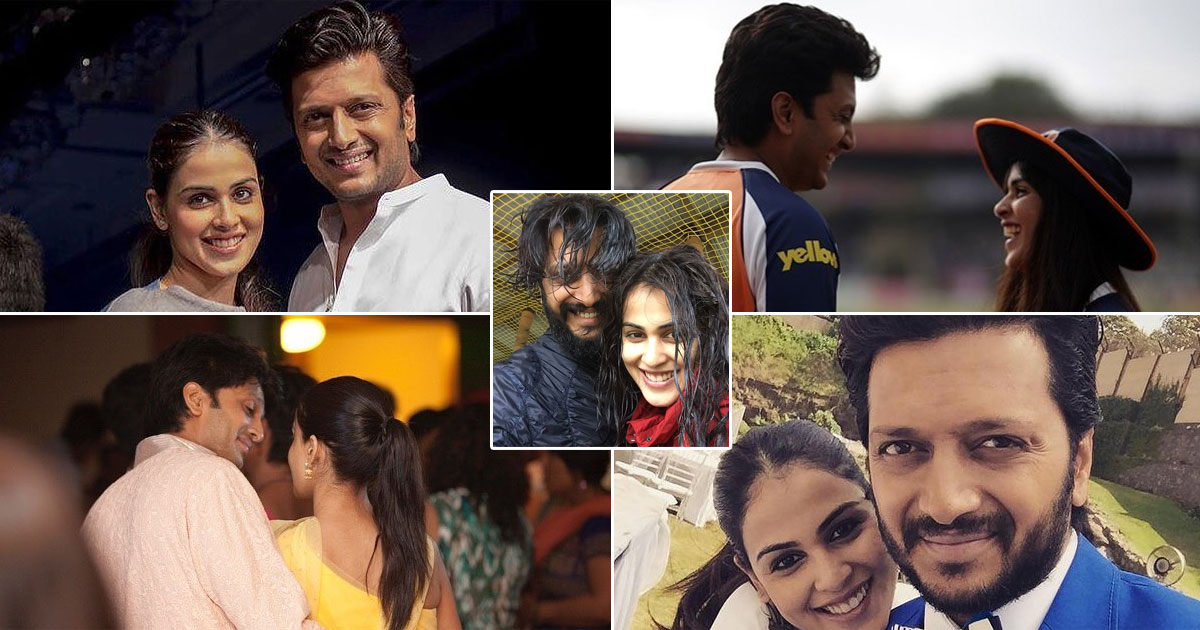 Whoever coined the term ‘IT’ couple in the tinsel town must have seen the all-time adorable pairing that Riteish Deshmukh and Genelia Deshmukh are. The two have been together for a major part of two decades, and we can’t think of any other couple in the Gen Z to have stuck together for so long. The couple that has seen almost everything together are celebrating their wedding anniversary as we speak.

Riteish Deshmukh and Genelia Deshmukh met on the sets of Tujhe Meri Kasam in 2002, and it was love in first sight for the beautiful couple. Having dated for a decade, the two decided to take the nuptial plunge in 2012 and said ‘We do’ on this very day that year. Today, the duo is busy setting goals for all couples out there. Their Instagram handles are shining examples of their love and bond.

As we celebrate their togetherness today, we list 5 moments from the couple’s Instagram handles that are enough to name them the best!

Let’s begin with an adorable moment. Genelia Deshmukh is one celebrity who has been the most candid on Instagram and follows her heart on the photo-sharing app. Recently when she put up a reel with Riteish and here, we skipped a beat.

Okay, are you even on Instagram if you haven’t come across this video. This one out here created a movement and there were many even trying to replicate it. But we all know who the original is. Riteish Deshmukh and Genelia Deshmukh know how to set goals and break them too.

It isn’t always lovey-dovey in the Deshmukh paradise, isn’t comedy a part and parcel if you are with Riteish. The Ek Villain actor on their anniversary in 2020 put up a hilarious video, we all had a ball laughing.

Tujhe Meri Kasam is definitely special for the couple happen to have fallen in love on those sets. So when the film turned 17, Genelia Deshmukh and Riteish Deshmukh decided to reminisce the good old days and recreated a song. Isn’t it the fairy-tale we deserve?

Last but not the least, how can we not include Genelia Deshmukh’s anniversary post for this year. A compilation of moments the two have had this year, Genelia had the most loving words for her husband.

Must Read: Jazzy B Slams Ajay Devgn Calling Him A ‘Fake Punjabi’ After His ‘Don’t Fall For Any False Propaganda Against India’ Tweet