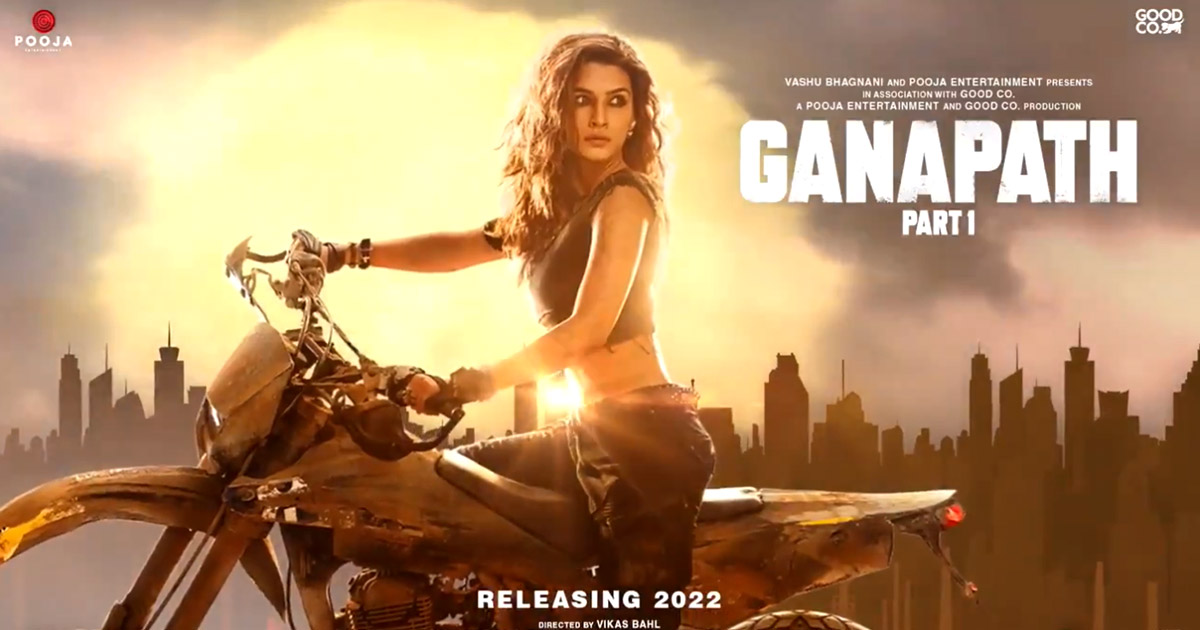 The big reveal that people have been waiting for is finally here! Tiger Shroff starrer ‘Ganapath’, the Vikas Bahl directorial that promises to be a genre-defying, dystopian, massive, action thriller has found its female lead. The makers of ‘Ganapath’ are leaving no stone unturned to make sure that their big-budget, action blockbuster is the most eagerly awaited film of 2022.

Recently, they announced the film with a viral motion poster that heralded Tiger as the action star with a global appeal. And now, after teasing audiences with suspense over many months, they have announced Kriti Sanon as the leading lady opposite Tiger.

The news was announced with a poster launch that shows Kriti Sanon in a never seen before sensational action avatar. This will be the second film that Kriti and Tiger will be doing together after their debut film, ‘Heropanti.’

Says Kriti Sanon, I’m thrilled to re-unite with Tiger after about 7years and also to be directed by Vikas in a space that is so new to me. I’ve been wanting to explore the genre of Action since a while now and I’m super excited to do so on such a massive scale with Pooja Entertainment! Jackky is a very passionate producer and I’m glad to be starting my journey with them with such a cool character.

Director Vikas Bahl says, “Kriti not only has a riveting screen presence but she also has the persona of a superstar. She is truly ‘The Right One’ to star opposite Tiger as I am confident she will make a perfect action heroine. I am extremely excited and looking forward to working with the two wonderful artists.”

Producer Jackky Bhagnani adds, “We are very excited to have Kriti aboard as our leading lady. With Tiger Shroff and Kriti Sanon together, the screen is likely to catch the right kind of fire. Mark my words she is going to blow everyone’s mind in her new action avatar!”

The film will go on the floors soon and pre-production work has already begun.

Must Read: Jacqueline Fernandez On Challenges Of Living Independently: “I Spend An Hour Doing The House Chores”