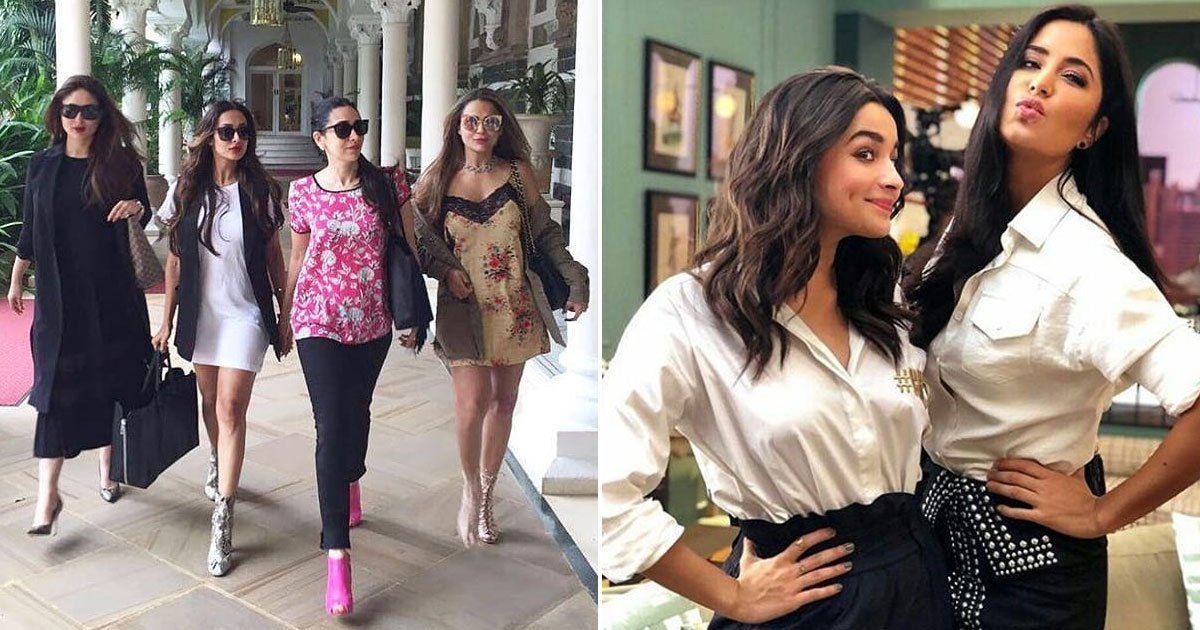 Today, in case you are without a better half, spend the day with your gal pals with glasses of wine, food, movies and loads of memories. Celebration the love between girlfriends, we bring you some of the best female friendships of Bollywood.

The duo starred alongside each other in the 2019 film Saand Ki Aankh. The chemistry they shared on-screen was very evident during the film’s promotions and even after that. Just take a look at these Bollywood gal pals’ Instagram accounts, and you see loads of fun memories they have together.

The sister duos never fail to give us Sex And The City vibes. The fours tend to spend most of their free time handing out with each other and giving us major, major friendship goals. These Bollywood girlfriends are always by each other’s side through thick and thin.

Sonam and Swara have been friends for years and showed us the same in the 2018 film Veere Di Wedding. In fact, their friendship is so strong that Sonam even changed her wedding was changed as it clashed with Swara’s brother’s wedding.

Who said a person’s girlfriends can’t be besties. Ranbir Kapoor’s ex, Katrina Kaif and current girlfriend, Alia Bhatt are besties, and the amount of pictures we see of them on the net is proof.

One of the newest gal pals of Bollywood is Ananya Panday and Deepika Padukone. The actresses are set to star alongside each other in Shakun Batra’s untitled next also featuring Siddhant Chaturvedi.

An honorary mention here is Shah Rukh Khan’s daughter Suhana Khan. Even though the star kid is still not a part of the Bollywood industry as an actress, she shared a story friendship with many others in the industry. Galentines seems incomplete if we do not talk about the relationship she shared with Shanaya Kapoor, Ananya Panday and Navya Naveli Nanda.

These Bollywood gal pals are sure to make your day and forget bae!

Must Read: Vicky Kaushal In His Latest Photoshoot Looks Like He’s Straight Out Of Brown Munde’s Bollywood Remake!