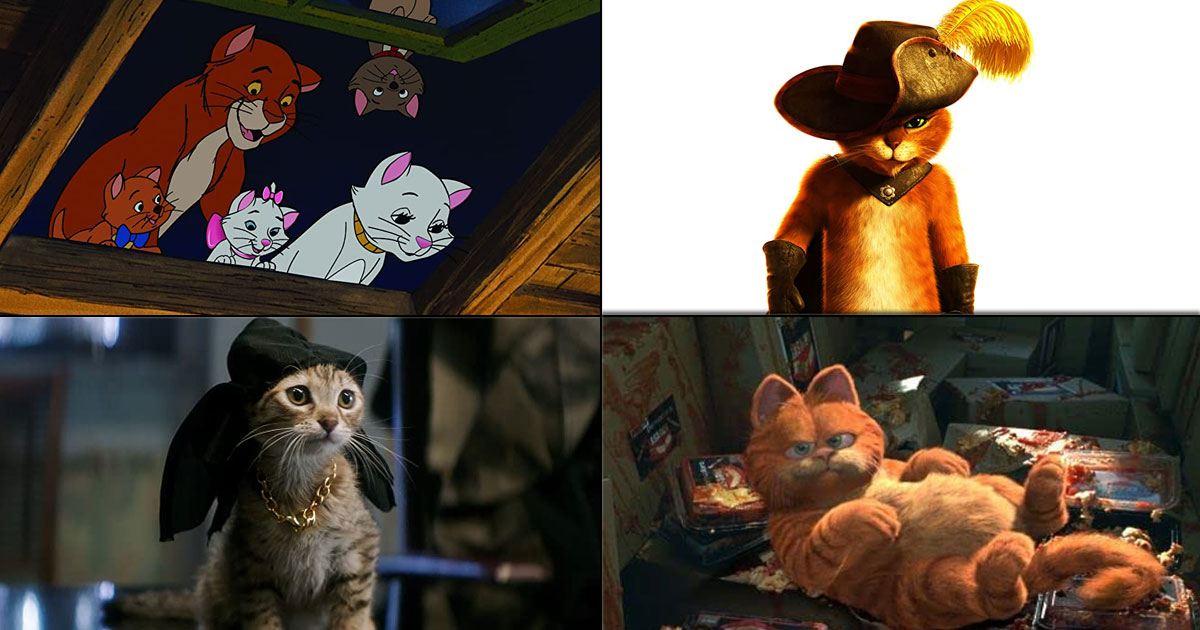 We have always seen dogs getting the most importance in films be it Hollywood or Bollywood. But did you know, the entertainment industry based in Los Angeles is filled with movies about cats?

Yes, there are dozens of movies dedicated and centred around these furballs. If they don’t play the centre character, they are seen in pivotal roles that take the narrative forward.

Today, we bring you cats from Hollywood films that we totally love. PS: This feature only has cats and those belonging to the cat family like lions, leopards and more.

The Aristocats is a 1970 Hollywood flick that follows the adventures a family of Parisian felines embark on when the jealous butler leaves them in the country to claim fortunes for himself. It shows how, after taking the advice of a tomcat, they cats try to make it back home and secure their inheritance.

The cat in this Hollywood film gets its name from the signature boots he wears. He is fugitive from the law who is trying to clear his name and get back the honour he lost.

This Walt Disney animated film follows an orphaned kitten named Oliver who shares a good rapport with the stray dogs in the area. It shows the extent he and his fellow buddies go to in order to help the thief who lives with them on the barge.

Garfield is an overweight, lethargic, arrogant and free-spirited orange cat. He only loves sleeping, eating tuna and keeping his owner Jon to himself, especially after he adopts Odie the dog.

This space ship cat is no ordinary piece of fluff. Not only does he outlive most of the humans in the film, but he also serves a significant plot function. He raises tensions at key moments and also provides the film’s only love interest.

We first meet this feline after a meth lab had been shot up by two gangster assassins. The comedy follows a kitten who’s cuteness causes break-ins, shootouts, and all sorts of shenanigans associated with an action flick.

Milo -The Adventures of Milo and Otis

We have grown up knowing that dogs and cats don’t get along but that’s put to rest with this Hollywood film. Their friendship is evident throughout the film and their adventures is sure to put a smile on your face and set some serious friendship goals.

Some other cats from Hollywood movies that we love are the cat from Breakfast at Tiffany’s, Fat Louie (The Princess Diaries), Goose (Captain Marvel), Orion (Men In Black), Mrs. Norris (Harry Potter franchise) and Snowbell (Stuart Little).

Which Hollywood movie cat do you love best? Let us know in the comments.

Must Read: Tom Holland Says He Would Love To Play James Bond, Is That A Hint?