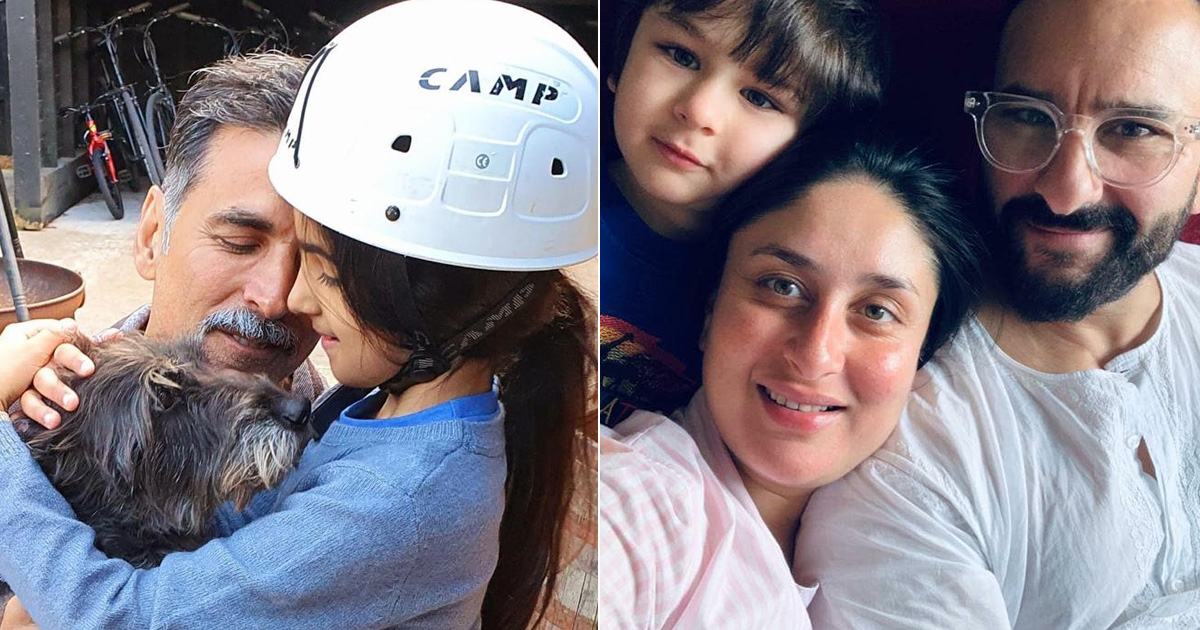 We might not realise, but an individual’s name holds a lot of importance in their lives. Parents invest a lot of thought and energy in choosing a perfect name for their little munchkin. Every mommy and daddy want to make sure that their chosen name is unique and different.

Today, Virat Kohli & Anushka Sharma revealed to the world that they have named their bundle of joy, Vamika. Well, they are not the only one who has a creative name for their baby. From Kareena Kapoor Khan – Saif Ali Khan’s son Taimur to Akshay Kumar – Twinkle Khanna’s daughter Nitara, we have a list of unique names for your future reference.

We are sure that you mush have never heard this beautiful name often. Neil Nitin Mukesh and his wife Rukmini named their first child Nurvi Neil Mukesh. Nurvi has origins in the Sanskrit language, and the actor accepted that his entire family unanimously agreed on this name for their daughter.

Saif Ali Khan and Kareena Kapoor Khan’s chote nawab indeed has a unique name. In an interview, the Tandav actor explained the meaning of Taimur and revealed that it is an ancient Persian name meaning Iron. Both him and Kareena liked its sound and the meaning, in fact, amongst all the names the actor ran by his actress wife, she liked this one the best as it is beautiful and strong.

Just like Saif Ali Khan and Kareena Kapoor Khan’s son’s name Taimur Ali Khan, even Akshay Kumar and Twinkle Khanna wanted to give a unique name to their daughter. They named their daughter Nitara Khanna Bhatia. The gorgeous couple thought of the name together. The idea was to come up with a unique yet meaningful name. Essentially, it’s a Sanskrit word, which means having deep roots. The duo had zeroed in on a couple of other names, but they agreed upon it almost instantly since they were equally excited about Nitara.

While Shah Rukh Khan and Gauri Khan’s elder children have more conventional names, Aryan and Suhana, the couple chose an intriguing spelling for AbRam. AbRam was born through surrogacy in 2013. Explaining the meaning of this unique name during a press conference, Khan said, “AbRam is a Jewish connotation of Hazrat Ibrahim, so I think it is a good mix. … It sounds very nice with the name of Hindu god Ram in it.”

After the arrival of Chota Nawab Taimur Ali Khan, the Pataudi family welcomed their second bundle of joy in the form of Soha Ali Khan and Kunal Kemmu’s daughter. The couple named their angel Inaaya which apparently means gift from God in Arabic. As she was born on the auspicious day of Mahanavami, they named her Inaaya Naumi Kemmu.

Must Read: Renuka Shahane Could Work With Madhuri Dixit & Here’s What She Has To Say