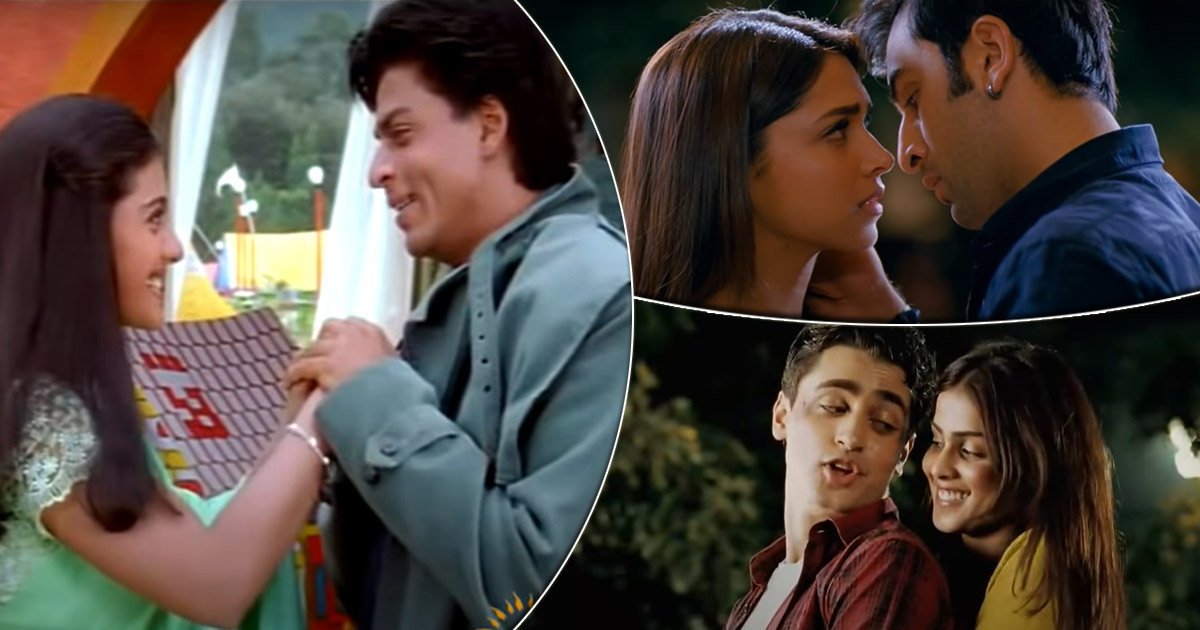 Valentine’s Day is around the corner, and we know there are thousands out there who are nursing romantic feeling for their besties. Thanks to Dharma Productions and many other Bollywood films, we all know ‘pyar dosti hai’.

This single line has worked as the foundations of many successful on-screen Jodi and was the crux of many blockbuster films. At times, the entire stories of a film centred on this plot itself – best friends realizing there are perfect for each other, falling in love and then having their happily ever after.

Be it on or off cameras, often friendship is the first step to falling in love, and we bring you 5 Bollywood films that speak it. So all you guys who are currently in the ‘friend’ zone, don’t worry there is still hope for you.

This ’90s Bollywood film very clearly said ‘pyar dosti hai.’ Don’t trust us? Rahul Khanna (Shah Rukh Khan) is a popular college student who has the hots for the principal’s daughter Tina (Rani Mukerji). During a class, when asked to define love, he simply says it is friends. He elaborates further saying that if we can’t be friends, there is no chance we can be lovers.

Unknown to him, his best friend Anjali (Kajol) has started developing feeling for him and takes this as a positive sign. Years later, when they meet again, Rahul gets impressed by Anjali’s transformation from a tomboy to a woman and realizes his love for her. Ultimately, on her wedding day (to someone else), he tied the knot to his bestie.

Best friends since the start of college all including their friends and family think Jai “Ratz” Singh Rathore (Imran Khan) and Aditi “Meow” Mahant (Genelia D’Souza Deshmukh) are romantically involved. Their friendship is so much like the relationship between lovers that her family even propose marriage between the two leading to a hilarious scene where everyone has a hearty laugh.

After getting in different relationships and realizing that they aren’t happy without each other, the two break off. The Bollywood film ends with a drama-filled proposal scene at the airport that is definitely #proposalgoals.

Naina Catherine Kapur (Preity Zinta) and Rohit Patel (Said Ali Khan) are best friends who meet while prepping for their MBA. While they are besties for years, her transformation after Aman Mathur’s (Shah Rukh Khan) arrival makes him fall head over heels for her.

With Aman’s help, he sets out to win her over in a matter of 6 days, and it is fun. It’s only after their engagement that Naina and Rohit realize Aman loves her and gave her up as he is on death’s bed. The couple finally has their happily ever after and are seen narrating their love story at the end of the Bollywood film.

Pooja Sahani (Rani Mukerji), Raj Khanna (Hrithik Roshan) and Tina Kapoor (Kareena Kapoor) are best friends since childhood. Having romantic feelings for Tina since childhood, Raj asks her to email him letters while he and his family move abroad. Unknown to him, it is his best friend Pooja who has been writing to him as Tina was not interested.

Years later, when Pooja goes to England and spends time with Raj, he realizes it’s she who he loves and not Tina. What follows is loads of drama as they try to hid their relationship when Pooja emotionally depends on him. The ultimate sacrifices made by the friends to get Raj & Pooja their happy ending is love.

This Bollywood centred on the relationships between four friends Aditi (Kalki Koechlin), Avi (Aditya Roy Kapoor), Bunny (Ranbir Kapoor) and Naina (Deepika Padukone. While we are in the start shown Aditi’s one-sided love for Avi, Naina’s and Bunny’s love story is the crux of the film.

While Bunny helps Naina break off her shell and blossom into a confident woman, she helps him realizes life is not worth only running behind things. His proposal to her finally is worth the watch and the foreshadowing of a happily ever after is evident.

Which Bollywood besties turning into lovers and then having a happily ever after is your favourite? Let us know in the comments.