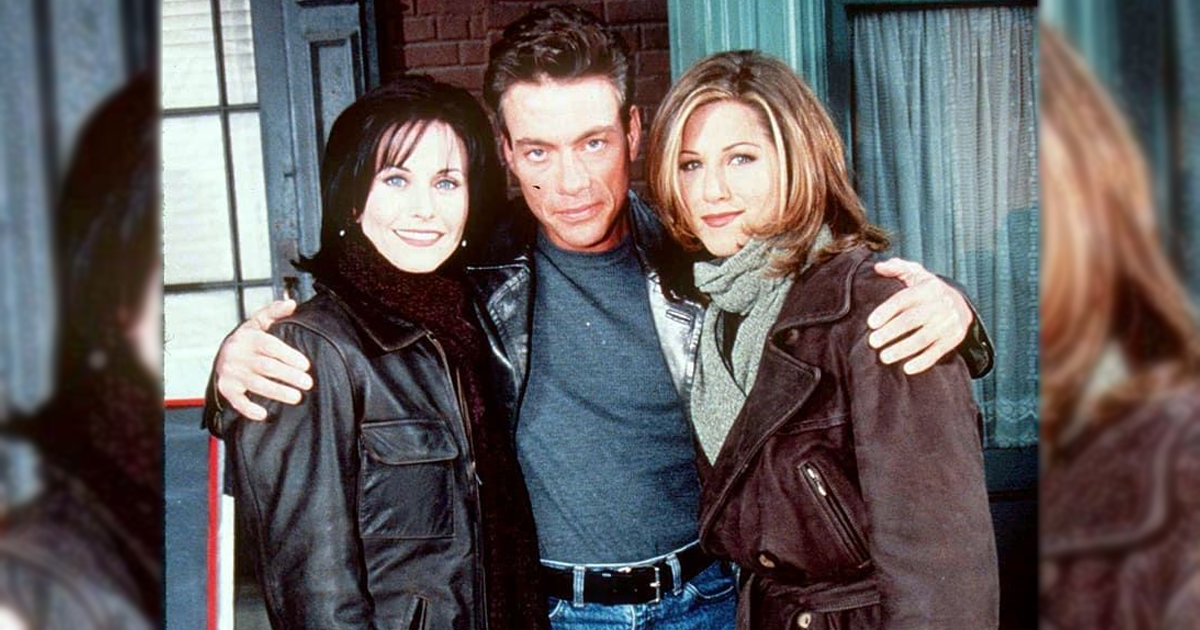 American Sitcom FRIENDS is one of the famous loved shows worldwide. Several actors made a special appearance in the ten seasons. One of them was Jean-Claude Van Damme who had made it difficult to work with the other main cast Jennifer Anniston and Courteney Cox.

In the episode of “The One After the Superbowl: Part 2,” which appeared in Season 2 of the hit sitcom, Jean-Claude played a version of himself. As seen in the episode, Monica (Cox) and Rachel ( Anniston) meet the actor on a movie set. A misunderstanding occurred between the two actresses and two ends up clashing over the action hero’s attention.

During the 25th Anniversary of Friends, the episode’s director revealed that Jean-Claude Van Damme didn’t much impress everyone during his brief time on the set. Speaking to The Hollywood Reporter, Michael Lembeck said, “He’s unprepared and arrogant! But this is the story I want to share: We shoot him and Jennifer first. Then she walks over to me and says, “Lem, Lem, would you do me a favour and ask him not to put his tongue in my mouth when he’s kissing me?” I tell him everything is great but it’s a tight shot so maybe let’s not do that. Then we’re shooting a scene later with Courteney. Here comes Courteney walking toward me and saying, “Lem, can you please tell him not to put his tongue in my mouth?” I couldn’t believe it! I had to tell him again, but a little firmer.”

It’s also worth pointing out that neither Van Damme nor any of the Friends cast, had made any clarification on Michael Lembeck’s claims yet

So what do you think about the incident on the set of FRIENDS, as described by Micheal Lembeck? Let us know in the comments.