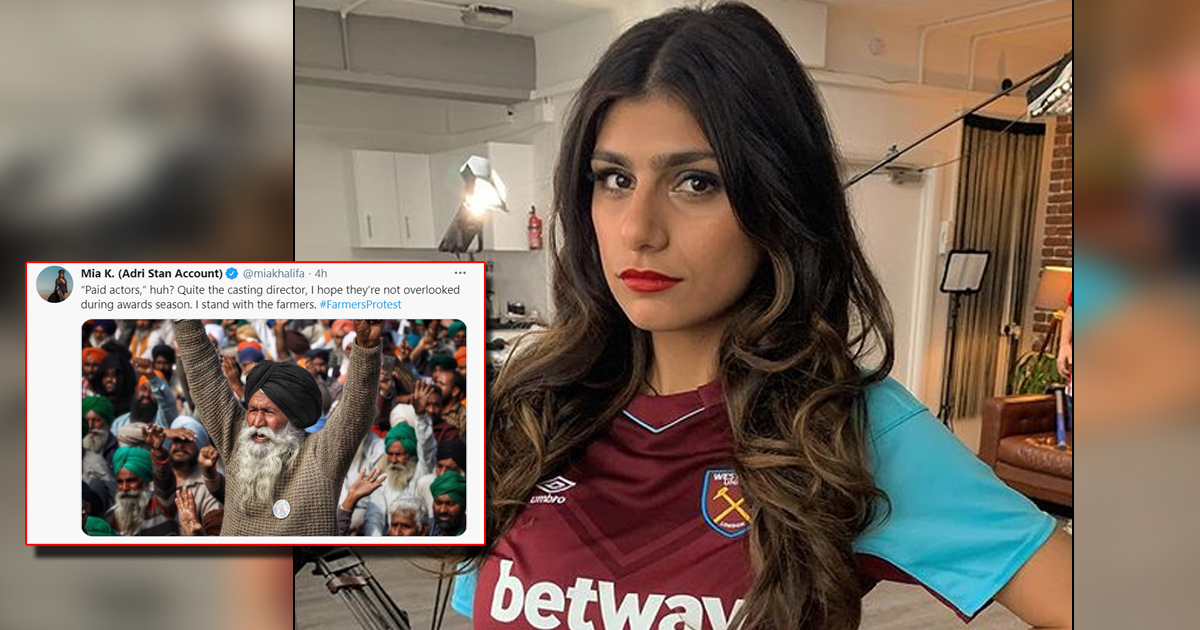 Rihanna‘s tweet on farmers’ protest came as a truth bomb to the entire world. From Greta Thunberg to Meena Harris to now Mia Khalifa is coming in support of farmers who have been protesting for two months at the Delhi border. Read to know the scoop here.

The former adult star showed her support on Twitter and shared a picture of old women protesting with banners ‘Stop Killing Farmers’ using the hashtag #FarmersProtest.

Mia Khalifa took to her Twitter and shared the picture with a caption that read, “What in the human rights violations is going on?! They cut the internet around New Delhi?! #FarmersProtest”.

Sharing yet another tweet of a Sikh man protesting, Mia captioned it, ““Paid actors,” huh? Quite the casting director, I hope they’re not overlooked during awards season. I stand with the farmers. #FarmersProtest”.

Meanwhile, Netizens are hailing Rihanna for her gesture. The 32-year-old Barbadian singer took to her Twitter account and tweeted, “why aren’t we talking about this?! #FarmersProtest”.

We stan the queen!

One user reacted to her tweet and commented, “When we Indians still are waiting for our sports stars, singers, Bollywood celebrities & of course mainstream media to raise voice against these undemocratic means imposed by the govt, this is really uplifting! Thanks”.

Another user commented, “Thank you so much Queen Rihanna Thank you for speaking up for our farmers in India.. i just cant express how i am feeling now.. Thank you standing with us Hopefully our farmers get their demands fulfilled #FarmersProtest”.

Now for obvious reasons the social media is divided into two parts, one in favour and the other in against.

What are your views on Mia Khalifa supporting the farmers’ protest? Tell us in the comments below.