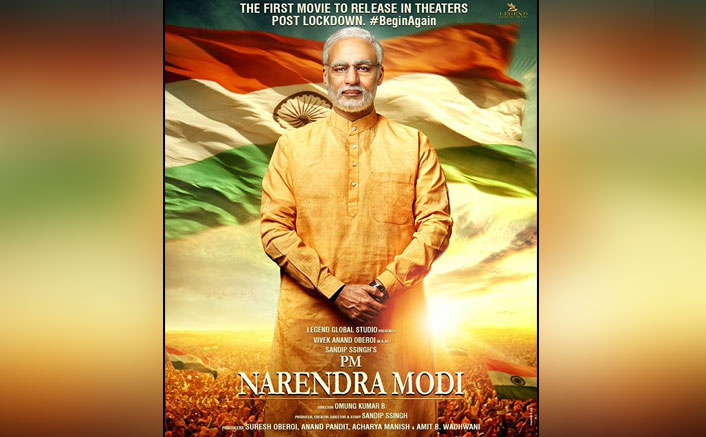 PM Narendra Modi would be the first film to launch in theatres put up COVID-19 Lockdown. There couldn’t have been a greater information for B-town this yr, than the re-opening of the theatres! Many Bollywood celebrities expressed their pleasure when the Information and Broadcasting Ministry of India granted permission to reopen the theatres and multiplexes from October 15th, 2020.

Knowing that not one of the film buffs might be in a position to avoid the silver display screen, the makers of PM Narendra Modi (2019) have determined to re-release their film. Sandip Ssingh’s film starring Vivek Anand Oberoi within the lead, the film is all set to launch on October 15th and grow to be one of many first movies to be screened in theatres put up the nation-wide lockdown.

Talking in regards to the choice to re-release the film, filmmaker Sandip Ssingh shared, “PM Narendra Modi has been the best Prime minister of the country, which was proven in the 2019 elections. What can be better than watching the inspiring story of the most inspiring leader of today’s times, as theatres re-open. I’m proud to be a part of this historical moment! Moreover due to some political agendas, when it last released, the film couldn’t be watched by many. We’re hoping the film gets a fresh life in the theatres and makes for a great watch for the people of the nation.”

Director Omung Kumar shared, “It gives me great pleasure and satisfaction that the theatres are going to open again and we are Re releasing our film PM Narendra Modi. We have put in lot of hard work in making this film and so glad that it will be released again and the people who have missed it will get a chance to see it now. We want each and everyone to see our labour of love.”

Must Read: EXCLUSIVE: Yami Gautam To Play A Journalist In Pink Director Aniruddha Roy Chowdhury’s Next