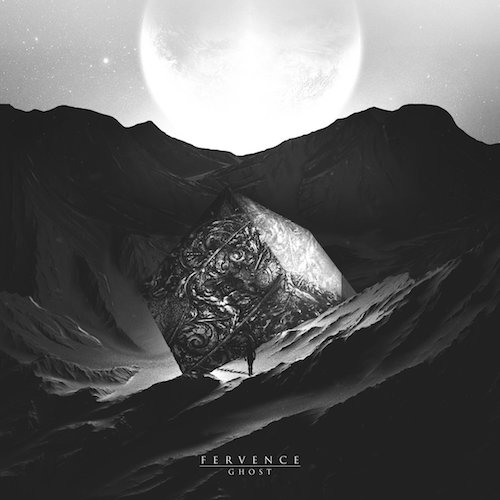 Free falling. That feeling of surrender and terror, bliss and fulfillment. That feeling you get when you’re arms open to the world. Risking it all, taking it all in. Adrenaline and peace at the same time. Most bands, if they’re lucky, are able to find that sensation once in a blue moon, or at best a couple of times an album. American alternative metal outfit Fervence have those moments in seemingly endless supply on their debut album Ghost. The SLC/Reno group have taken progressive metal and overlaid lush choral vocals, to quote the president, “the likes of which nobody’s seen before”(*waiving hand gestures*). They’ve found a way to take heavy metalcore and make it beautiful without stumbling into that whiny territory that makes so many otherwise talented bands unbearable.

A virtue of this album is that they keep their songs tight. Many bands of their ilk can go on for 8-10 minutes, prolonging buildups and climaxes far longer than they need to be all in the name of creating some epic opus. Fervence gets in, says all they want to say and gets out. Only one song comes out past the five-minute mark and one is a one-minute interlude. The songs may be short for progressive metal but you never feel like you’ve missed anything. As such, they manage to keep up a level of sustained intensity throughout the whole record.

Wistful hanging chords are met with a wave of thick ethereal vocals. The band joins in with machine-gun riffs and thunderous drums. Drummer Josh Mathis’ rapid-fire ride in the second verse kicks up the adrenaline. ‘Beneath the Sleeping Earth’ sets us off with its soaring verses and crushing breakdown where singer Austin Bentley unleashes his full-blown scream as the guitars explode around him.

‘The Silent Wall’ is the only real let-up, where the wall of sound dissipates and gives way to a calm segue. Bentley croons over a solo piano, drenched in reverb. This leads into ‘Surrogate’ which once again delivers bombs-bursting-in-air sonic pyrotechnics to propel Bentley’s opulent vocals. The title track manages to take us to an even higher plateau, with Bentley pushing his voice up yet another level, to almost operatic territory.

Fervence find a perfect middle ground between pummeling riffs and gorgeous melodies. So many artists have attempted to reach this balance unsuccessfully. Either by only finding brief, fleeting moments of serenity amidst the dirge or by going off the deep end emotionally like the majority of screamo bands did, making them unlistenable. On Ghost, Fervence do a commendable job of riding that fine line.