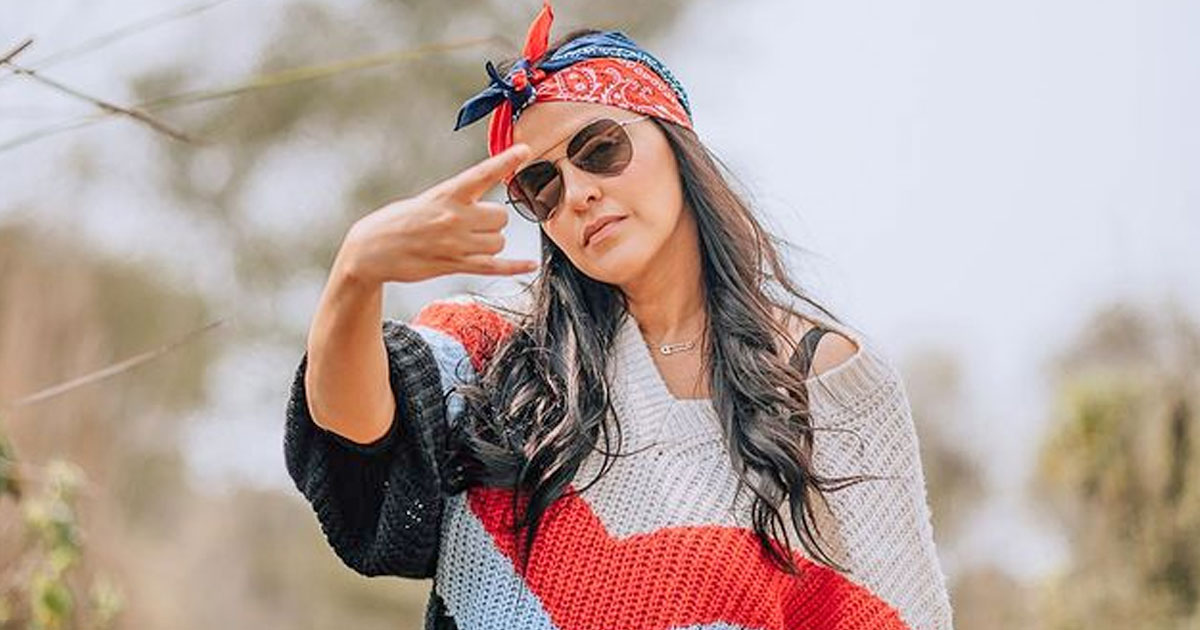 Neha Dhupia with her widely popular remark against abuse on reality shows Roadies found herself amid a pool of trolls and backlash. The actor even shared a note talking about it and how it has affected her family back then. Joining Koimoi for an exclusive chat ahead of the release of her short film Step Out, Neha shed light on how it does affect her and she gets upset when her family is targeted. While on that, she took a strong stand against the troll brigade and explained how it could break a person.

Neha Dhupia stars in the short film Step Out that streams on Hotstar. The film talks about mental and physical abuse and how it affects people dealing with it. Neha while talking to Koimoi exclusively spoke about trolls affecting one’s mental health.

When asked how difficult is it tackle trolls when they target her family, Neha Dhupia said, “It’s very tough, I am not gonna lie. Am I going to be one of those people like yeah I am just going to shun the conversation off and say it doesn’t affect me? Of course, it affects me. It affects everyone. The fact that you say you are not affected by it, means you are fully affected by it. And it is not okay to do it. The reason I am raising my voice right now like you said, don’t do it. How do I tackle it? Because I have a huge ability to attach and detach. Whether it’s my personal life or professional, with trolls, whatever. But, if you get to my family I will get upset. You talk about me, I detach, it makes no difference to me. But is it okay to do it to people? No, it’s not.”

Neha further spoke about how people target someone and criticise their content. Neha Dhupia said, “People are trying, everyone is trying. You have an option, unfollow that person, don’t hurt them. You, I always say this, there are things that used to happen 10 years ago, that would be brushed under the carpet. Now people and especially women have raised very strong voices. It took them years to talk about it. And the same thing will happen with trolls, the minute you troll someone, that’s my way of looking at it, maybe 10 years from now, 4 years from now, someone is going to ring your doorbell and say listen 20 minutes ago you trolled someone and now you going to pay the price for it. Because accounts are being blocked, language is being checked, there is policing that has started in a very big way.”

Neha Dhupia added, “There is no excuse for you to be sitting in your room in front of you PC, saying whatever you want, and going downstairs to have a meal with your family as nothing happened. You just abused someone’s family and went down to share a meal with your family, why would you do this? I have a very strong stand against a troll.”