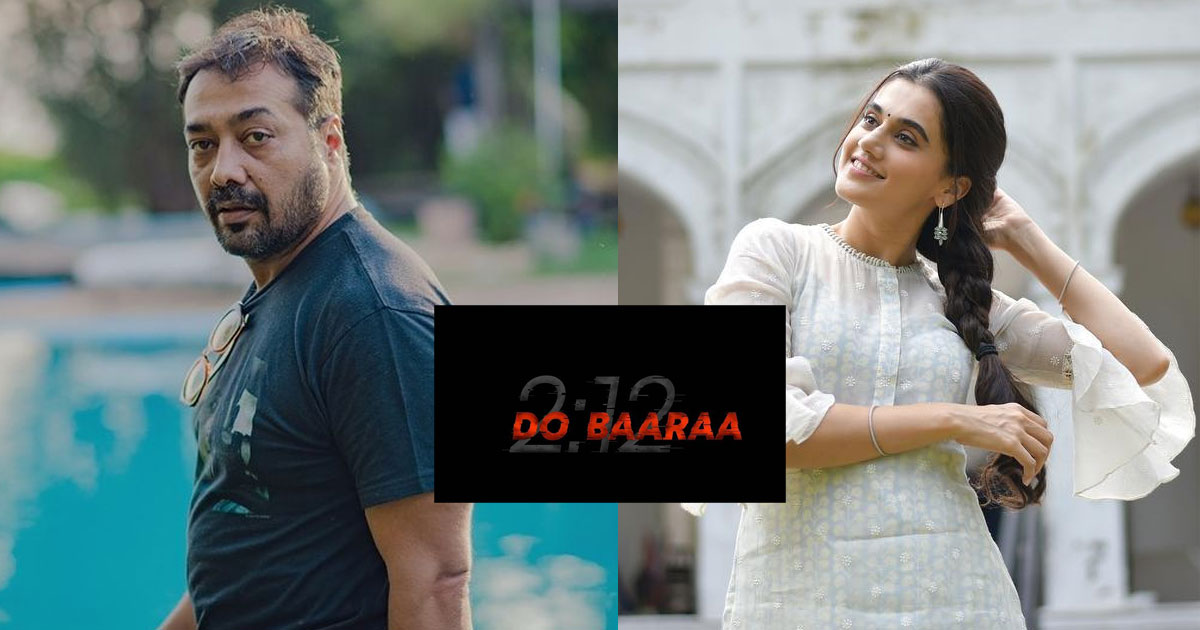 Content Queen Ekta Kapoor and cinematic genius Anurag Kashyap, who have earlier jointly-produced path-breaking films namely, Udta Punjab and Lootera, have reunited for their new project, titled Do Baaraa. The movie stars Taapsee Pannu in the lead role and Anurag will be directing the new age thriller! The makers today released an intriguing teaser featuring both Taapsee and Anurag, giving us a glimpse of their upcoming film.

Interestingly, Do Baaraa will be produced by Cult Movies – a new division under Ekta Kapoor’s Balaji Telefilms along with Sunir Kheterpal’s ATHENA and Gaurav Bose’s The Vermillion World Production.

Talking about the film and the collaboration, Ekta Kapoor shares, “I am thrilled that Anurag is directing the first film under Cult Movies, with Taapsee in the lead. Neither of them subscribe to the conventional and have always pushed boundaries when it comes to delivering different content. I can’t wait for the world to see 2:12! “

Director Anurag Kashyap expresses, “Our vision with Do Baaraa is to bring a fresh, new story to the audience and I am very excited for it. This will be my third collaboration with Taapsee and this time the attempt is to bring an interesting new take on thrillers.”

Taapsee Pannu adds, “This is going to be one of its kind thriller. I have been very lucky with thriller genre in my career so far and I always look forward to pushing the envelope under this genre. This is going to be unique more so because it’s got someone like Anurag directing it and Ekta backing it. It’s my second collaboration with Anurag after Manmarziyaan and Sunir after badla so I know there are expectations riding on this. Also it’s the first time I am working with a super woman like Ekta so it’s going to be a memorable experience for sure.”

Ruchikaa Kapoor Sheikh shares, “Taking from the great body of work and legacy that Balaji Telefilms has, Ekta and I are excited to bring ‘Cult Movies’, our commitment to bringing and promoting relevant, genre-bending stories. Do Baaraa is our first film under the banner and we are looking forward to working with Anurag and Taapsee. Cult aims at being a disruptor in the content space while working with a myriad of new age writers & directors.”

Must Read: Brahmastra: Alia Bhatt & Ranbir Kapoor To Reunite One Last Time For The Film?