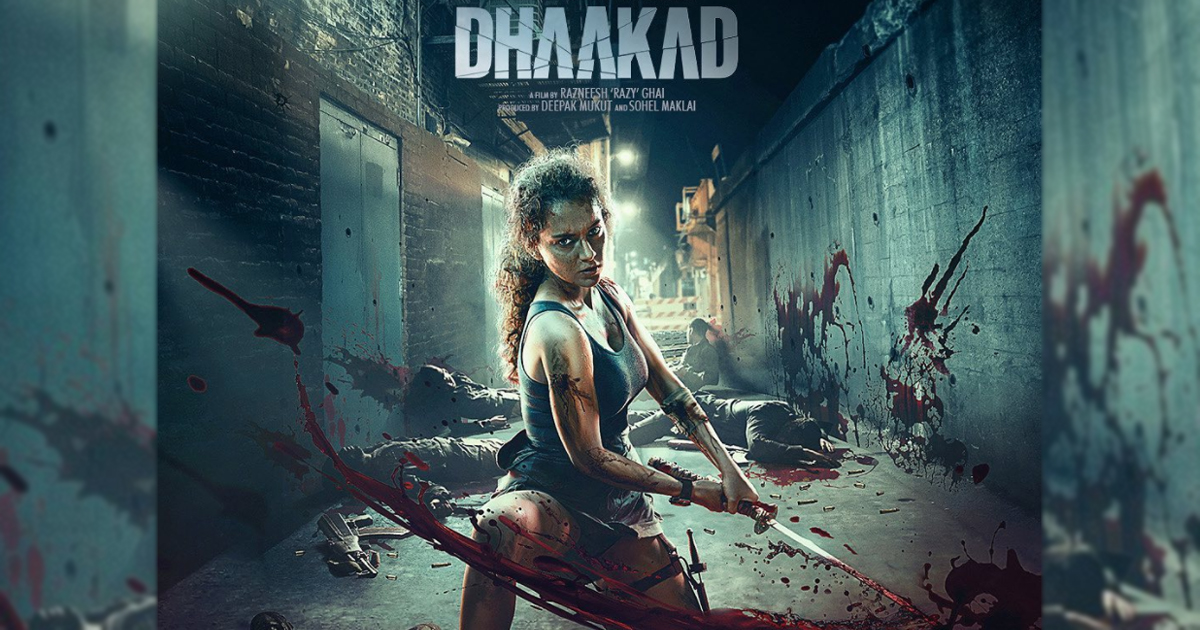 Actress Kangana Ranaut on Wednesday appreciated the commitment of the team of her upcoming spy thriller Dhaakad and shared a video where she is rehearsing for an action sequence in a coal mine.

“This is an appreciation tweet for my team, they are prepping for months for an action sequence at coal mines, while I make my guest appearance there only for a lazy rehearsal our Chief @RazyGhai practically living at the location for past few days,” Kangana wrote on Twitter.

“This kind of passion and commitment that artists and technicians express, it is never just for money, then what is for? Why these crazy artists forget even their well being or human limitation and do what they do? Well most artists don’t know and it’s okay that way,” she added.

The actress shared photographs of the crew from the mine where she rehearsed for the sequence. In a video, Kangana can be seen practising a fight sequence with her action directors giving her instructions.

Kangana will play the role of Agent Agni, while Arjun will be seen as the antagonist in the film, which is touted to be a world-class spy thriller. Arjun’s character is named Rudraveer.

The film is directed by Razneesh Razy Ghai and slated to release on October 1, 2021.

Meanwhile, Kangana Ranaut will essay the role of former Prime Minister Indira Gandhi in an upcoming political drama. The actress says the yet-untitled film is not a biopic and has also revealed that many prominent actors will be a part of the upcoming project.

“Yes, we are working on the project and the script is in the final stages. It is not the biopic of Indira Gandhi, it is a grand period film, to be precise a political drama that will help my generation to understand (the) socio-political landscape of current India,” said Kangana, in a statement released by her office.

“Many prominent actors will be part of this film and of course I am looking forward to playing the most iconic leader that we have had in the history of Indian politics,” said the actress.

Must Read: Suniel Shetty Reacts To The Criticism Faced For His ‘India Against Propaganda’ Tweet, Says “Farmers Are Our Backbone”