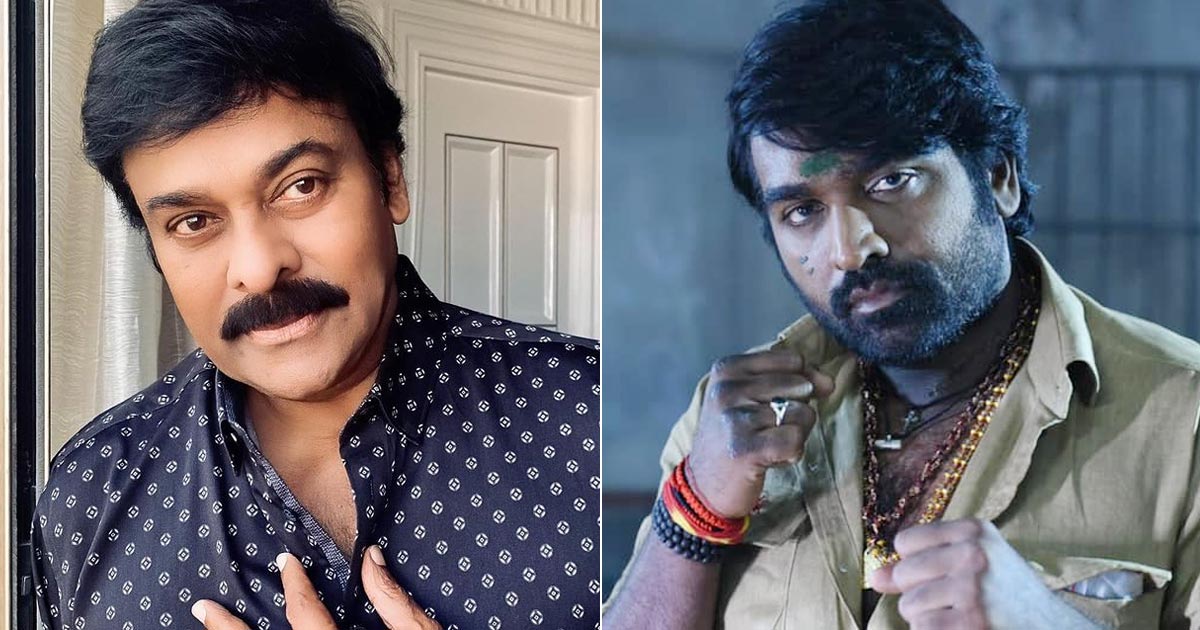 Earlier in January this year, Master proved to be a huge box office bonanza for Tamill movie industry. When even big Hollywood films were failing globally, the Thalapathy Vijay & Vijay Sethupathi starrer created a storm in the cinemas. The film crossed 100 crores mark in a few days and made the trade rub their eyes with disbelief. Apart from the former’s performance, the latter who played an antagonist was also heavily appreciated. Now mega star Chiranjeevi has also praised Vijay Sethupathi for his performance in Master.

The veteran actor was speaking at the the pre-release event of his upcoming film Uppena and that’s where he praised Vijay Sethupathi who has worked with him in Sye Raa Narasimha Reddy in 2019.

According to Times Of India, Chiranjeevi said that he was stunned with the way VS pulled of his role with ease. The mega star also called him a versatile actor and said that he holds his attention every time he comes on screen. Now that’s huge, isn’t it?

Meanwhile, the makers of Master have dropped a long 4.49 minute deleted scene from the film. In the unseen clip, Vijay standing up for his students is winning all the hearts on social media. Netizens are pouring love for the star on social media. Master’s deleted scene was shared by Amazon Prime India’s YouTube channel and on their official social media handles. Take a look at the scene below:

Talking about Vijay Sethupathi, apart from getting lauded by Chiranjeevi, he will be soon seen in Raj & DK’s upcoming webseries along with Bollywood actor Shahid Kapoor. It was recently reported that the actor is being paid more compared to SK for the show.

According to Bollywood Hungama, a source said, “Shahid asked for a hefty Rs. 40 crores plus for the whole season and his contract also mentions a hike in his remuneration if the show gets renewed for another season. The plan is to make it into three seasons as of now. Vijay Sethupathi, on the other hand, has not put a clause like that but straight away asked for a sum of around Rs. 55 crores. Both of them have roles that are on equal footing but Vijay is undoubtedly a mega star from South and the makers agreed on the deal. He is getting a much bigger sum compared to Shahid Kapoor but unlike Shahid, his contract has no mention of any hike for the second season.”

Do you agree with Chiranjeevi’s comments? Share your thoughts!

Must Read: Bigg Boss 14: Jasmin Bhasin Says Aly Goni “Is Not Doing Anything Dirty For Content”