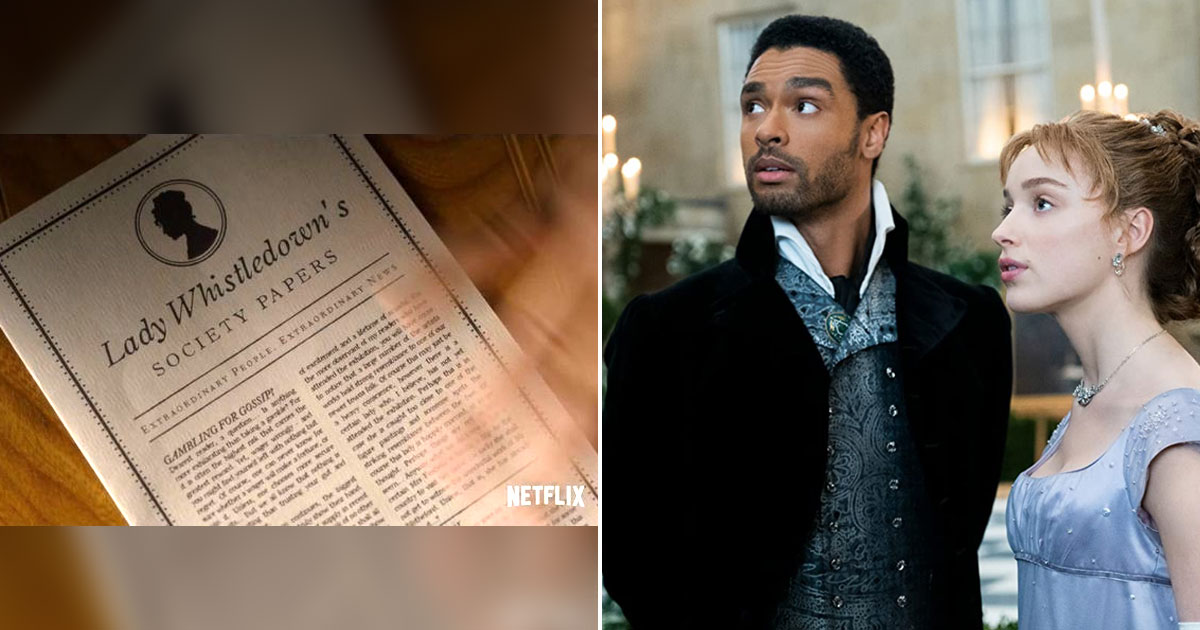 Bridgerton has created a storm over all the social media platforms. The Netflix show is a raunchy romantic drama and stars Phoebe Dynevor and Regé-Jean Page in the leading role. Just like Gossip Girl, the ultimate mystery revolves around who really the insider ‘Lady Whistledown’ is. The makers had dropped a major hint during the start of the season and we all missed it. But don’t worry, Nicola Coughlan is now bringing it to our attention.

Spoilers ahead – By the end of Season 1, we all come to know that it is Penelope Featherington, played by Nicola who is actually Lady Whistledown. Whether that identity will be revealed to other characters in Season 2 is yet to be known. However, makers had hinted the identity during the start and we could have easily found it.

Nicola Coughlan took to her Twitter handle and teased all her Bridgerton fans. She wrote, “Ok I’m just curious, has anyone spotted the massive Easter Egg about Penelope in the very first scene of Bridgerton? The actress also shared a video of herself in her character avatar.

The Bridgerton star gave another hint as fans stormed the comment section with speculations. Nicola Coughlan continued, “When I filmed Penelope’s first scene I chose a prop, a massive massive feather that looked a lot like:”

Many fans were quick to decode the fact that she was talking about the quill. When a user asked her the same, Nicola replied, “Ding Ding Ding!!”

Check out the tweets below:

Ok I’m just curious, has anyone spotted the massive Easter Egg about Penelope in the very first scene of Bridgerton? pic.twitter.com/VOm5Sm9SV5

When I filmed Penelope’s first scene I chose a prop, a massive massive feather that looked a lot like: https://t.co/d55pgRnWdy

Yes, we’re thinking the same – how could be miss out on that one! Probably it’s time to watch Bridgerton all over again for more easter eggs.