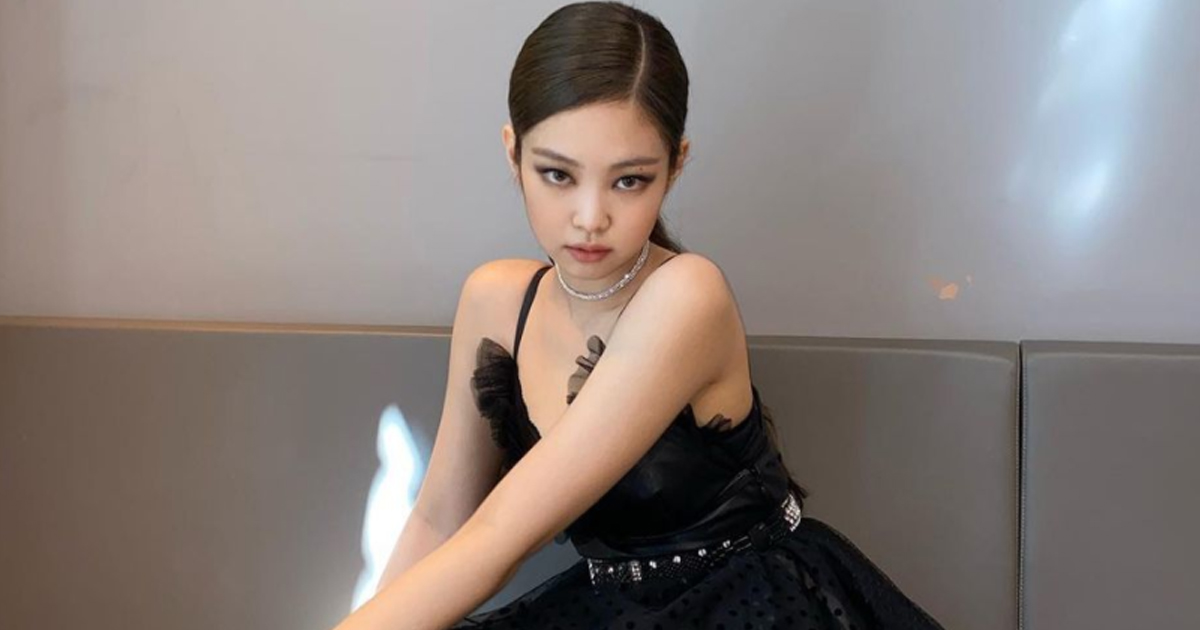 South Korean girl band Blackpink is the highest-charting female Korean act on the Billboard Hot 100. The group has broken numerous online records throughout their career. The group is also the most-followed girl group on Spotify. And now the group’s member Jennie posted a new video on her Youtube channel and her fans went frenzy.

Jennie shared a candid sneak-peek into her ‘Solo’ performance rehearsals for their latest online concert The Show. The video also included a short segment with Jisoo which added to the delight of BLINKs. Scroll down to know more about it.

The video begins with Jennie diligently practising the choreography with the choreographer not compromising with the precautions for COVID-19. All the crew, choreographers and Jennie were seen wearing a mask while rehearsing. Initially, it was shown that she was dancing with choreographer and then with the rest of the crew.

Alongside her hardworking nature, fun and goofy-side of the Blackpink singer is also seen in the video. Viewers can see her adorable aegyo act with the dance choreographer and staff post rehearsals too. She can also be seen sneaking in some time for her Eonni Jisoo as they teased and cuddled each other. And one of the highlights of the video was Jennie and Rosé’s Korean-English banter which were hilarious.

The Blackpink member had micro-managed everything related to her solo stage performance too. The video comes weeks after their first-ever online concert The Show was held. And much to their fans’ delight, Jennie also performed her solo single ‘Solo’ on The Show. Her single Solo was a combination of hip-hop, dance-pop and EDM that spoke about independence after a break-up.

It’s also worth pointing out that ‘The Show’ also marked the debut of Rosé’s solo debut Gone, which is an all-English track with featuring Rosé’s honeyed vocals and melancholic guitar chords. Blackpink fans, isn’t thia super-exciting?

Must Read: Exclusive! Selena Gomez: “The Pandemic Was Super Uncomfortable…”