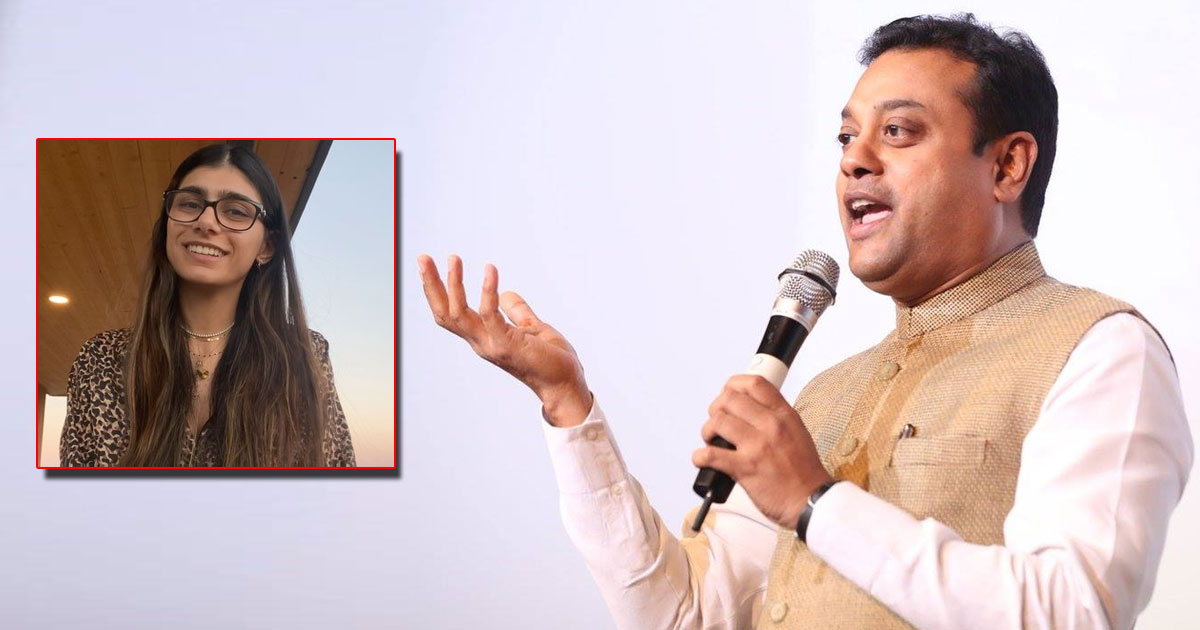 Rihanna’s tweet on farmers’ protest came as an eye-opener to the entire world. The 32-year-old Barbadian singer took to her official Twitter account to share a pic of farmers protesting at Delhi borders. Later former p*rn actress Mia Khalifa also joined the bandwagon and tweeted supporting the farmers. Now, BJP’s Sambit Patra has taken a funny dig during a live interview and that has Mia’s connection. Read to know the scoop.

Apart from Mia and Rihanna, global activist Greta Thunberg and Meena Harris also showed their support for farmers on their social media handles.

Ever since Rihanna and Mia Khalifa tweeted, our politicians have been calling them ‘anti-national’. Yesterday, there were debates happening on local news channels and one of them had BJP’s spokesperson Sambit Patra who ended up calling the opposition leader a ‘Bhakt’ of the former p*rn star Mia Khalifa.

Take a look at the video here:

For the unversed, Rihanna was the first international celebrity to highlight farmers’ protest and wrote in a tweet, “why aren’t we talking about this?! #FarmersProtest”.

The former p*rn star took to her Twitter and shared the picture with a caption that read, “What in the human rights violations is going on?! They cut the internet around New Delhi?! #FarmersProtest”.

Sharing yet another tweet of a Sikh man protesting, Mia Khalifa captioned it, “Paid actors,” huh? Quite the casting director, I hope they’re not overlooked during awards season. I stand with the farmers. #FarmersProtest”.

Now, post these tweets, social media is divided into two parts for obvious reasons. It’s filled with trolls and memes.

What are your views on BJP’s Sambit Patra calling the opposition leader a ‘Bhakt’ of Mia Khalifa? Tell us in the comment section below.