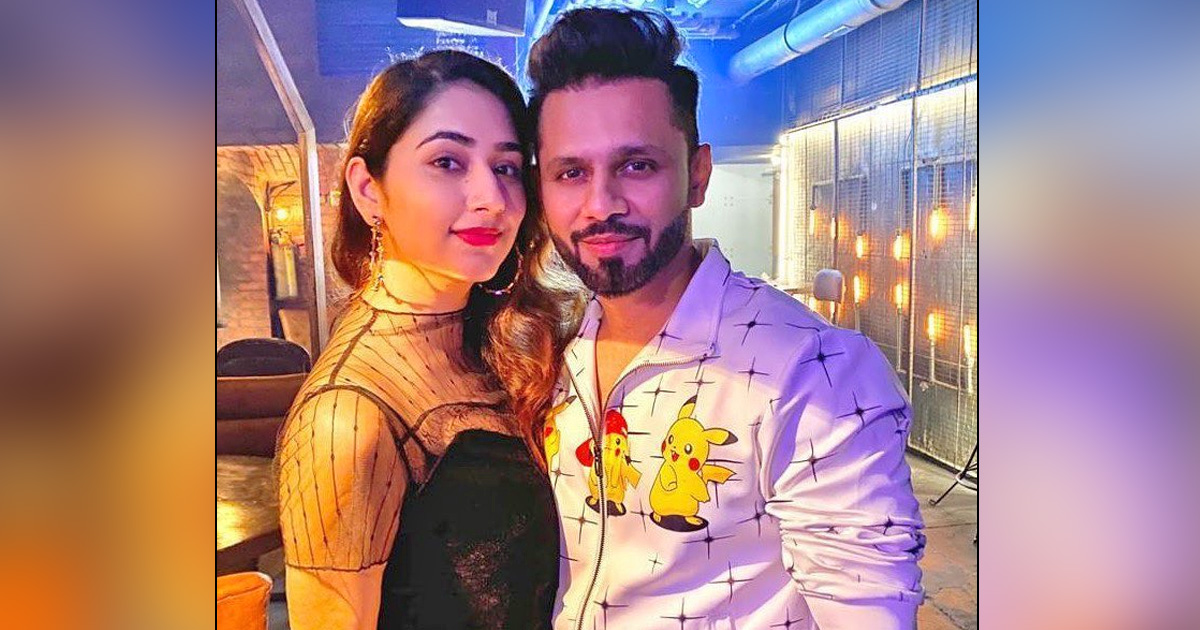 Bigg Boss 14 contestant Rahul Vaidya took everyone by surprise the day he announced his love for TV actress Disha Parmar. All the fans were happy to see the singer propose to his lady-love on national television. Ever since that day, fans cannot stop gushing about this couple. Now, an old video of the two has surfaced on the internet, making everyone go gaga over the couple.

In the clip which has gone viral, Rahul & Disha are dancing together, and we are already playing it on loop. Continue reading to have a look at this cute video.

In the clip, which was shot at a wedding, Rahul Vaidya and Disha Parmar are seen dancing together to the song Dil Chori from Sonu Ke Titu Ki Sweety. Check out the video below:

Disha Parmar can be seen wearing a parrot green coloured gown whereas Rahul Vaidya looks handsome as ever in a dark blue coloured Kurta and a white-coloured Pyjama. It appears as if the much in love couple were performing at a friend’s Sangeet Ceremony.

Currently, Rahul is in Bigg Boss 14 as a contestant. There were rumours that Disha would go on the show as his connection, but she clarified that the news is false. His best friend, Toshi Sabri, has entered as his support.

Earlier, a fan shared an interview of Disha Parmar on Twitter, in which she said that she is not comfortable with Bigg Boss 14, and urged her to “put (her) personal preference aside” to support Rahul Vaidya. She, however, said that her entry on the show would have an adverse effect.

“It not about personal preference! I understand your emotions; you should understand mine too! He is strong enough to fight his own battles and trust me.. having me around him for a week will put pressure on him especially now when i am dragged in the conversation every now & then,” she replied.

Well, what do you think of this dance video of Disha Parmar & Rahul Vaidya which is going viral?

Must Read: Bigg Boss 14: Jasmin Bhasin & Rubina Dilaik Get Into A Catfight, Call Each Other ‘Ugly’