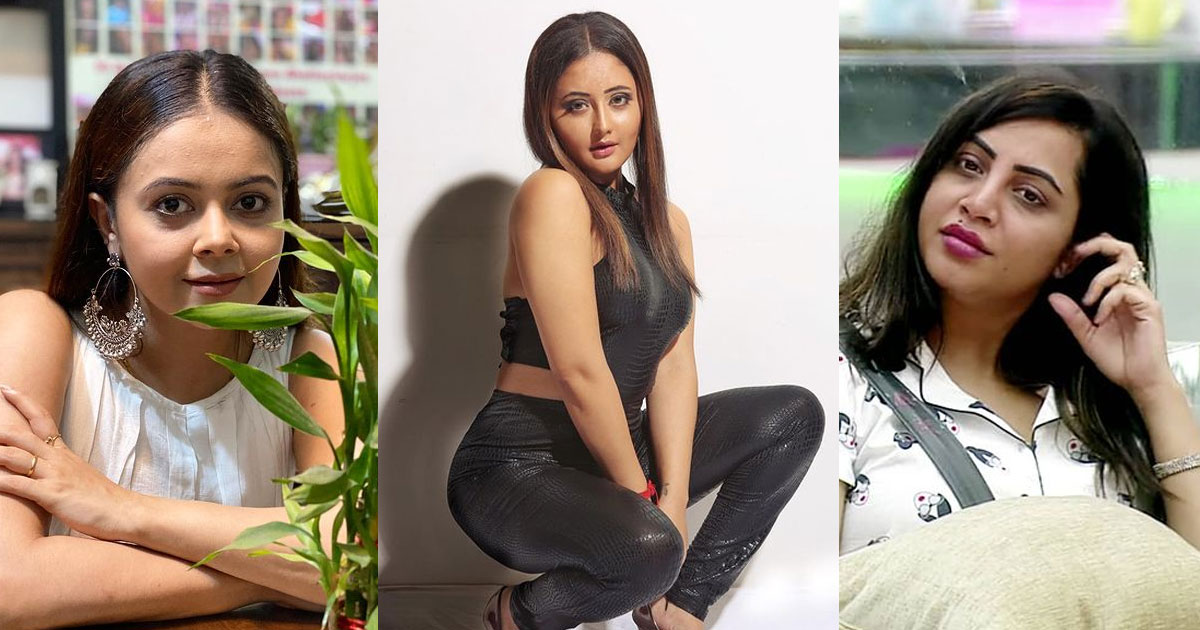 Devoleena Bhattacharjee and Arshi Khan have been at loggerheads ever since the former entered the Bigg Boss 14 house. In the latest episode, Devoleena had a major breakdown and alleged that Arshi had cursed for her loved ones to die. Now Rashami Desai has shared her opinion on the matter.

The actress was also seen throwing things and even forcing food into Arshi’s mouth. Following which Bigg Boss even talked to her in the confession room and nominated her for the entire season as a punishment. Rashami took to Twitter slammed Arshi Khan for cursing Devoleena and quoted, “It’s really heartbroken.”

She even criticized Rubina Dilaik who questioned Devoleena for bringing up the matter after 3 hours. The Dil Se Dil Tak actress on twitter wrote, “#arshi : baddua deti hun… tere karibi mar jaaye. it’s really heart broken 💔 and few contestant R judging this moment why after 3 hours? It takes time sometime to react. It wasn’t a murder it was a word war which takes time and it plays in ur mind #humanfeeling” Take a look at the tweet below:

#arshi : baddua deti hun… tere karibi mar jaaye. it’s really heart broken 💔 and few contestant R judging this moment why after 3 hours? It takes time sometime to react. It wasn’t a murder it was a word war which takes time and it plays in ur mind #humanfeeling @Devoleena_23

It was worth pointing out that Devoleena’s nomination will affect Eijaz Khan too. To recall, Devoleena entered the Bigg Boss 14 house as his proxy. In the latest episode, we saw that the housemates are informed that Eijaz also will remain nominated should he make a re-entry into the show. As for Arshi Khan, she denied the fact about having cursed Devoleena’s family members and even broke down on the show.

Meanwhile, Bhabiji Ghar Par Hain actress Shubhangi Atre also came in support of Devoleena Bhattacharjee and defended her actions in the Bigg Boss house. During a conversation with The Times Of India, she said, “The one thing that I don’t support is bringing family topics into the game or abusing someone. It’s a show and the game needs to be played clean. Even if someone tricks a contestant or attacks at a personal level, as far as it is within limits, it is okay. But talking about one’s family isn’t right. That is a sensitive topic and one should steer clear of it. Jaise aap apne gharwalo ke bare mein galat sunke react karoge, samne wala bhi karega.”

She also said, “Looking at the promo, I do stand against such bullying. No one will listen to something wrong being said about their parents. If it were me, I would have reacted in the same way. Even after giving warnings and ignoring, if people talk about someone’s family in a derogatory way, one will react badly.”

Must Read: Taarak Mehta Ka Ooltah Chashmah: Ghanshyam Nayak AKA Natu Kaka On Trolling, “If I Was Not Looking The Part…”