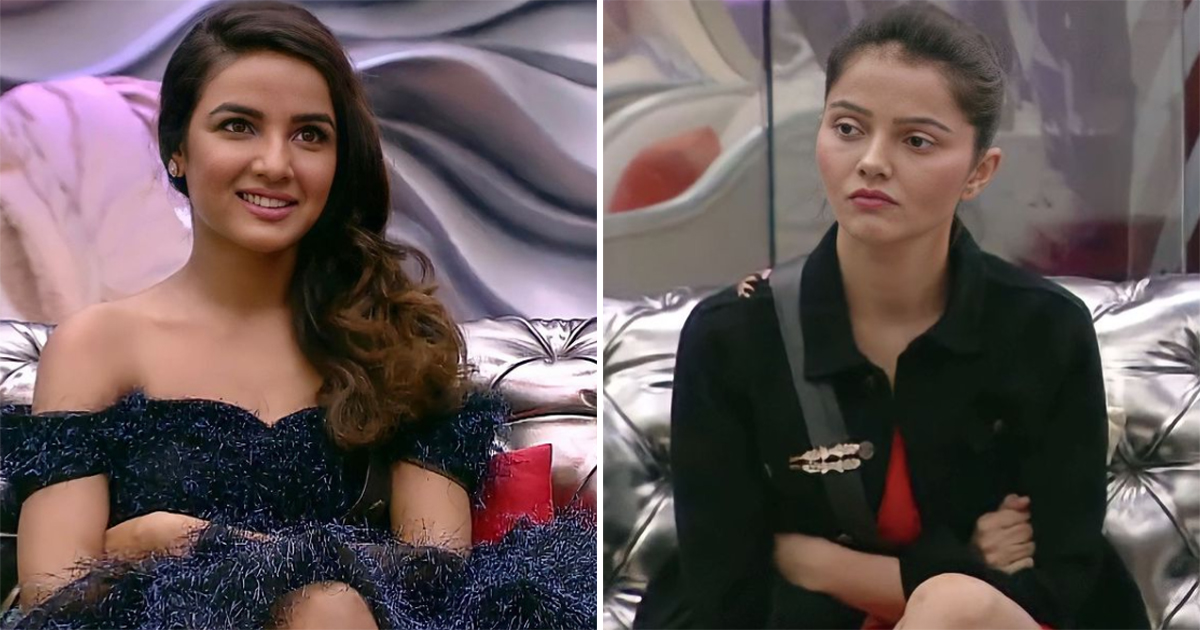 Bigg Boss 14 contestant Rubina Dilaik and evicted housemate Jasmin Bhasin, who is currently back in the house as Aly Goni‘s connection, were embroiled in an ugly catfight during a task related to ticket to finale.

In the upcoming episode, contestant Aly will be seen venting ire upon noticing that during the task he was playing all by himself while the other housemates were helping Rubina win.

In a fit of rage, Aly Goni was heard saying that if people help one person and he gets out of the task, he would do anything to ensure the task is cancelled (“radd”), so that no one goes to the finale.

Aly then gets into a war of words with Rubina amidst the task and also with Jasmin. Rubina and Jasmin then engage in a ugly spat.

“You are ugly mouth woman,” Rubina is heard saying to Jasmin.

Jasmin retorted: “You are an ugly woman top to toe.”

Rubina countered by saying that Jasmin should keep her jealousy to herself.

To this, Jasmin replied: Khud aesi ki tesi karwaali poore show mein, jeetne ke liye (you have damaged your reputation in a bid to win the show).”

As the fight gets intense, Rubina is heard shouting to Jasmin that she is “spilling” her “unhappiness” on Aly. To this, Jasmin said she should not worry about Aly but about her husband — evicted contestant Abhinav Shukla.

Must Read: Parth Samthaan Opens Up On How Life Has Changed Post The Success Of Kasautii Zindagii Kay!