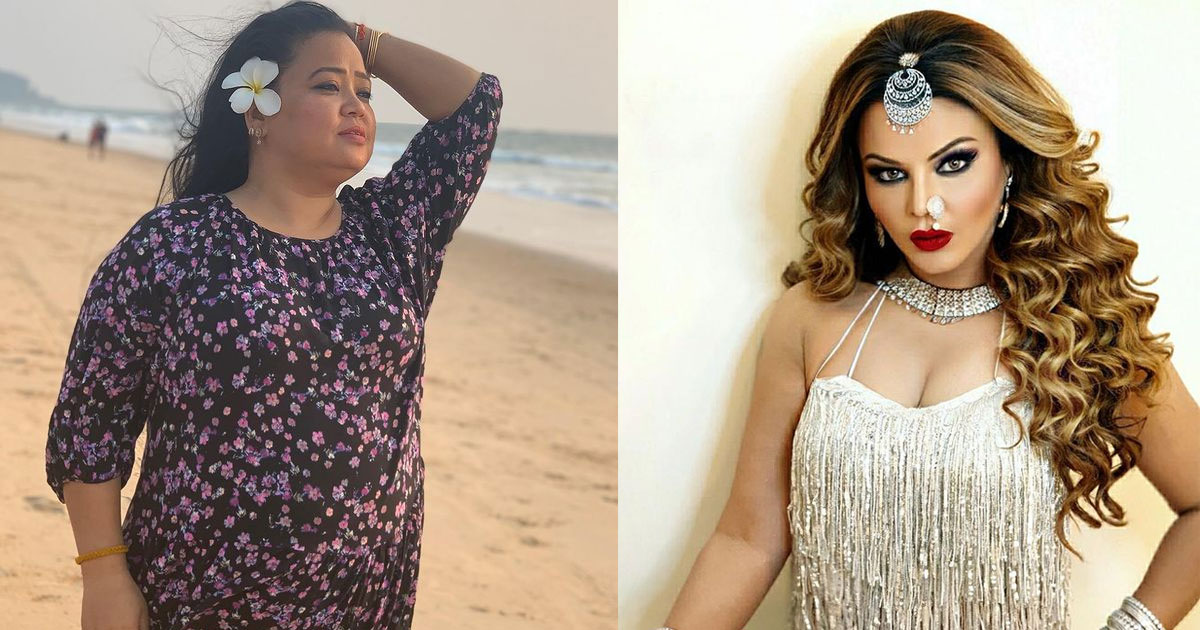 Bigg Boss 14 is just two days away from witnessing its grand finale. A lot of startling revelations were made this year. From Aly Goni’s accusations on Vikas Gupta to Rubina Dilaik and Abhinav Shukla’s marriage trouble, a lot was said. But one mystery that still remained unsolved was Rakhi Sawant and her husband Ritesh. Now, Bharti Singh seems to have set the records straight!

Yesterday, Bharti and her husband Haarsh Limbachiyaa graced Bigg Boss 14 to entertain the housemates. The couple as always left everyone in splits with her hilarious jokes. Just not that, they even cracked the audiences up with digs on their own marriage.

Amongst other things, Bharti Singh revealed that she has seen Rakhi Sawant’s much-talked-about husband. The Kapil Sharma Show comedian claimed that she spoke to him on a video call and even Rakhi agreed to it! Well, we finally have some clarity now.

Previously, many contestants as well as guests have taken digs at Rakhi Sawant over her marriage. While the actress’ brother and mother have previously supported her and agreed to the claims, many refused to believe the same.

Even Bigg Boss 14 fellow challenger Rahul Mahajan was time and again seen mocking Rakhi. He even said that her claim was nothing but a lie and for entertainment.

Ritesh, on the other hand, has previously even given an interview to media portals. He even claimed that he was ready to come out in the open if Bigg Boss makers contact him.

However, none of the pictures or videos till date have revealed Rakhi Sawant’s husband’s face.

Meanwhile, Rakhi is the only challenger to have found a place in the Top 5. The grand finale is set to take place on Sunday and many feel that Rakhi has a decent chance to win.

Must Read: Jamai 2.0’s Nia Sharma On Her Bold Fashion Choices, “It Either Gets Me Trolled Very Badly Or It Gets Me Appreciated”