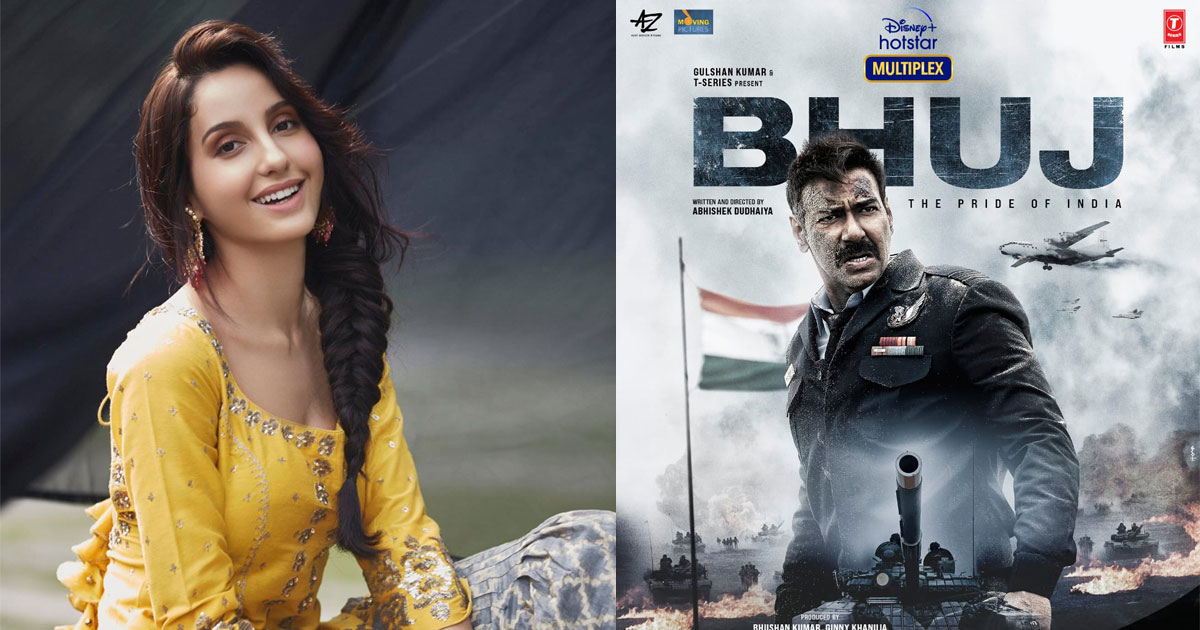 Nora Fatehi is not only one of the stylish actresses of Bollywood but also known for her sizzling dance moves. She sets the dance floor on fire with her impressive dance moves. The actress is now all set to appear in Ajay Devgn‘s Bhuj: The Pride of India.

The Canadian dancer, who has been grabbing a lot of attention for her appearance in 2020 film Street Dancer 3D alongside Varun Dhawan and Shraddha Kapoor, is now gushing about her role in the historical war drama. She revealed that she has a meaty role in the film.

Talking about the same during a chat with Pinkvilla, Nora Fatehi said that she has been looking for performance-oriented roles wherein she can show her potential, and Ajay Devgn’s film gave her the opportunity. She said, “With Bhuj, which is Ajay sir’s film, I think for me that role is more powerful than any main lead role that I could ever get. It is a very very performance-oriented role and people will be proud of me for this. I think if you would tell me if you would take a lead role to this role, I would take this role any day because it’s performance-oriented and people will have respect for me for that.”

Nora shot to fame with her dance performances in Dilbar (Satyameva Jayate), Kamariya(Stree) and O Saki Saki (Batla House). She was also seen in a dance reality show last year after judge Malaika Arora had to take a break due to testing positive for COVID-19.

Her stint in the reality show was much appreciated and she even returned to the show for a couple of episodes after Malaika resumed work.

Must Read: Ganapath Lead Actress Announcement On ‘How’s The Hype?’: BLOCKBUSTER Or Lacklustre?