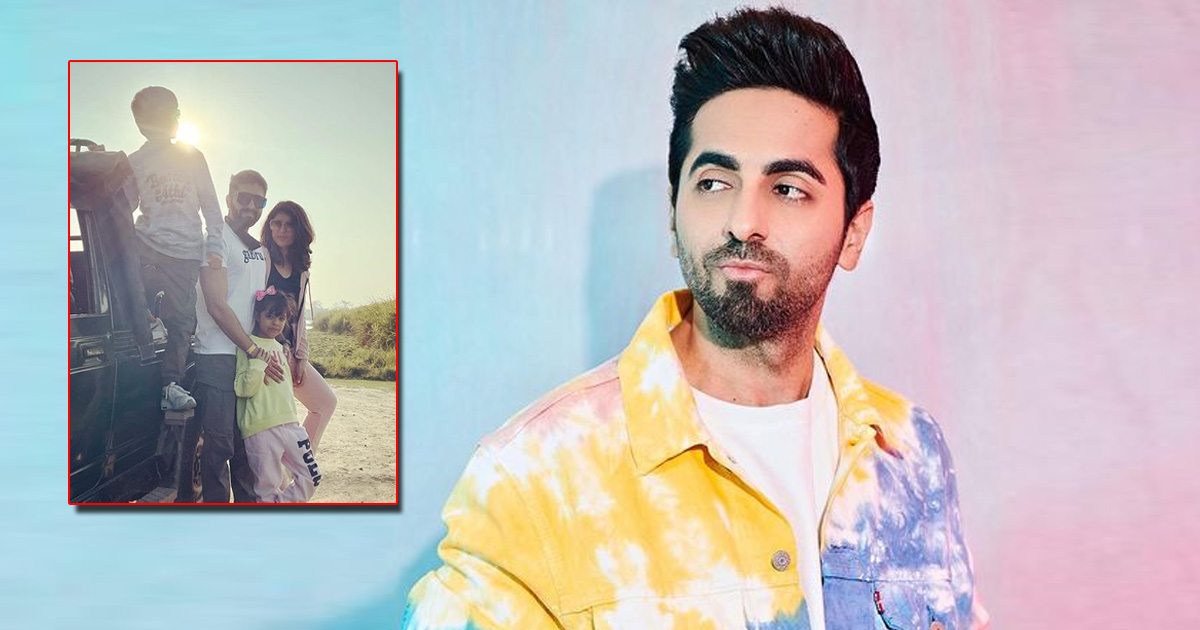 “Gypsies of Kaziranga. Feb 2021,” Ayushmann captioned the photo where the family poses along with a car with the setting sun making a beautiful backdrop.

Ayushmann is currently shooting in Assam for his upcoming film Anek. The actor has once again collaborated with Article 15 helmer Anubhav Sinha for the film.

The actor recently took to social media to share his first look from the film. He had grown a full beard and wears slit eyebrows in the still. Ayushmann’s character in the film is called Joshua.

Must Read: Salman Khan’s Radhe Trailer & Not Teaser To Release With Akshay Kumar’s Sooryavanshi? Termed As An ‘Entertaining Surprise’