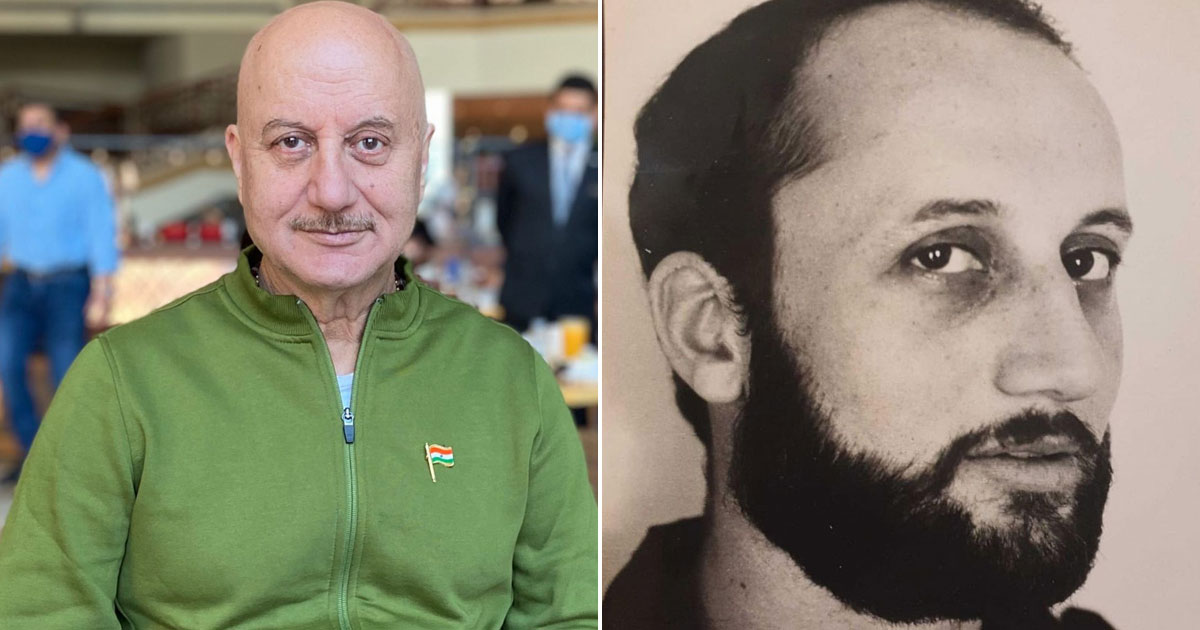 Veteran actor Anupam Kher went down memory lane as he shared a few portfolio pictures he took when he came to Mumbai in 1981.

Anupam posted the monochrome pictures on Instagram. The first image features Anupam sporting a beard. While the second photo has an address mentioned.

“Story of these pics; I came to the city of Mumbai on June 3rd 1981 to make it in the movies! I left this portfolio pic with the office of @rajshrifilms on the 15th June, 1981 for consideration for any role in their films. I had no particular place to stay. So gave the address of my #NationalSchoolOfDrama friend @k.razdan,” Anupam Kher wrote alongside the images.

Anupam shared that he was touched when he was sent these pictures. He wrote, “I was really shocked and touched when #GuptaJi of @rajshrifilms sent me this pic last week as a memory and a token of their love. They are amazing. Jai Ho!! #KuchBhiHoSaktaHai #PortfolioPic#Life #Memories.”

Talking about his next, Anupam Kher will soon feature in the upcoming political drama “The Kashmir Files”. The Vivek Ranjan Agnihotri directorial also stars Mithun Chakraborty.