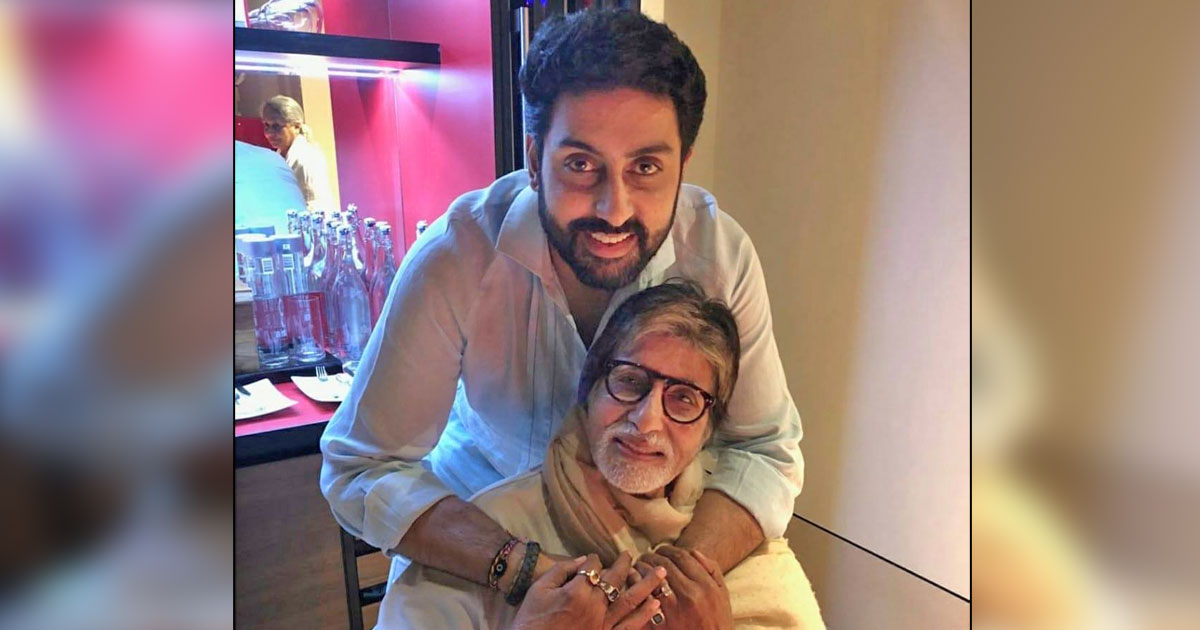 It was only today that Virat Kohli, the new daddy in town revealed what he was doing when their daughter Vamika was born. Apparently, the cricketer watched a cricket match when Anushka Sharma delivered their bundle of Joy. Since it is Abhishek Bachchan’s birthday, we bring you a flashback story of what Amitabh Bachchan was doing when Jr Bachchan was born.

Amitabh is a favourite celeb of ours and why shouldn’t he be? He is so forthcoming with details of his life on social media that we hardly have to speculate or try and guess anything. And he has done just that once again. Taking to Twitter, Big B shared pics of the time when he was shooting for the film, Khoon Pasina in Kashmir.

Amitabh Bachchan relayed the experience of shooting for the film, where he had to battle a tiger. And then he made a big revelation. Apparently, he was shooting for the film while waiting for news of his son, Abhishek Bachchan, being born. No wonder he is so nostalgic about this particular film.

Here’s what Amitabh Bachchan wrote, “T 2588 – 41 years of ‘KHOON PASINA’ .. great outdoors in Kashmir .. and great fun .. fighting a tiger the worst and the best .. and during that shoot waiting for Abhishek to be born ..” Check out the tweet right here…

T 2588 – 41 years of ‘KHOON PASINA’ .. great outdoors in Kashmir .. and great fun .. fighting a tiger the worst and the best .. and during that shoot waiting for Abhishek to be born .. pic.twitter.com/hgxPk9FEZI

Isn’t that really cute? Wonder how many times has Abhishek been narrated this story. We bet he, too, would have pleasant memories of this film after watching it as a grown-up.

Amitabh Bachchan is very close to his family and keeps sharing snippets about them from time to time. His blog, where he shares little tidbits about his grandchildren, is a treasure trove of trivia.

Did you guys know about this flashback story? Share your thoughts in the comments section below.

Must Read: Kartik Aaryan To Shoot 4 Films Before Bhool Bhulaiyaa 2 Goes On Floor?