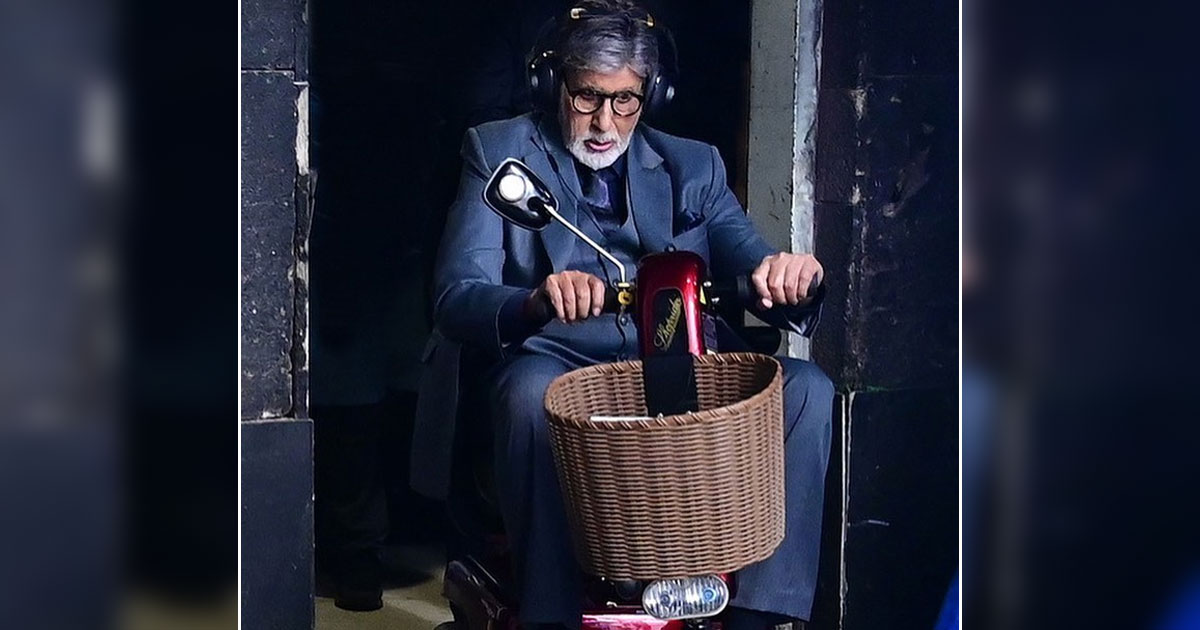 Amitabh Bachchan tested a savvy new option to go around the set while at work, and that is a three-wheel toy bike.

The 78-year-old took to social media to share a photograph in which he was seen wearing a three-piece suit while riding the three-wheel bike on the sets of one of his projects.

“Toy boy .. work does that to you,” Big B wrote late on Tuesday while sharing pictures of himself riding and posing on a tech-enabled bike.

Amitabh Bachchan explained the story behind the images on his official blog, and also revealed that it was also used to help a female colleague who was nursing a plastered foot.

“When work becomes toy boyish .. and the need to travel within gets buggied and driven within confines of the set .. then its is time to resolve the actual need for colleague that has her foot in plaster and cannot move without help of wheel chair .. so ..”

“Provide her with my own hospital vehicle , so she can have the comfort of not using walkers or crutches .. just a friendly gesture for a lady in some distress … but the head phones of the genesis play at the superior heads that never enter the ear lobes , merely surround the area about with some superior technology .. a technology that changes as rapidly as the window that appears on the Mac when depressed,” Amitabh added.

“MayDay” reunites Big B and Ajay Devgn, who have worked together in Major Sahab, Khakee, Satyagraha and Hindustan Ki Kasam. The film sees the two stars collaborate after over seven years since “Satyagraha” released in August 2013.

The film is directed and produced by Ajay. It is said that Ajay will be seen as a pilot in the film. Rakul Preet will be seen as a co-pilot in “MayDay”, billed as an edge-of-the-seat drama. Details about Big B’s character is under wraps.

Must Read: Bhool Bhulaiyaa 2: Tabu’s ‘No’ For Shooting Becomes A Headache For Kartik Aaryan & The Team?