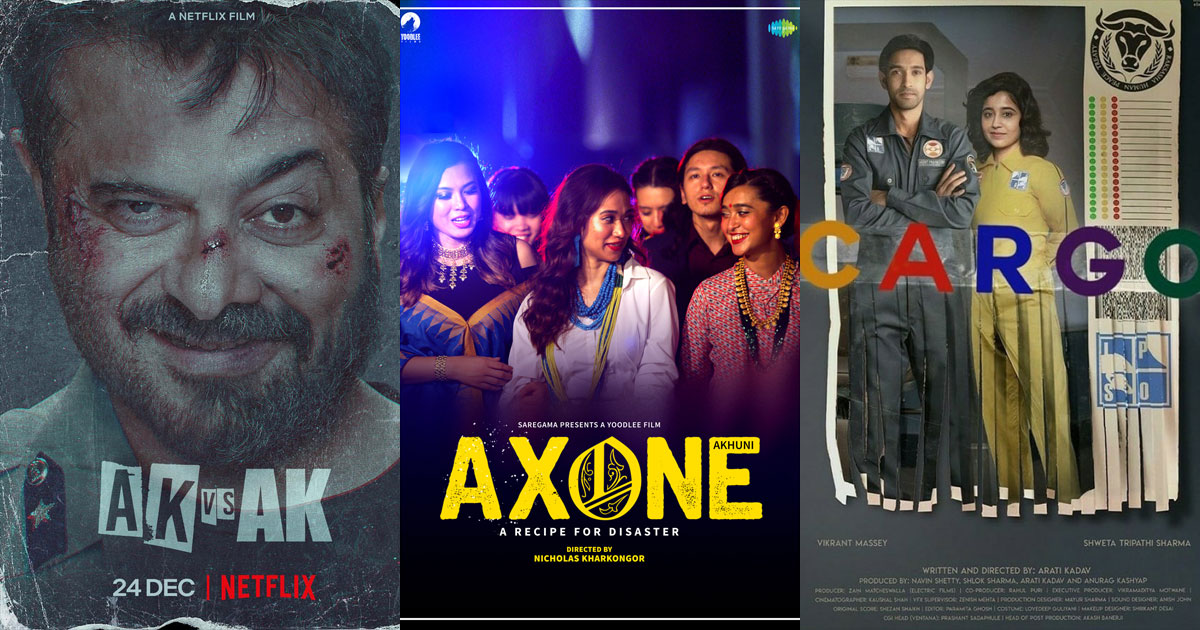 Cinematic success usually rides on clichéd conventions. But the digital revolution and Pandemic shifting audience’s gaze to it has broke the stereotype. Once in a while, come a few films that challenge the conventional notions of creativity, that Bollywood has set and push boundaries and leap out of the box. Here is an overview of a few such brave films.

This Yoodlee Films production explores the perspective of North-Eastern protagonists caught in the maelstrom of prejudice and casual racism in a Delhi neighbourhood. Thematically, this issue has never been addressed in mainstream Bollywood cinema and we have not often seen realistic portrayals of characters from the North-East either. Perhaps the realism and honesty came from director Nicholas Kharkongor who told an oft ignored story from an insider’s view-point and caught the social and emotional nuances that any other director would have missed. The sudden spiralling of what was meant to be a celebratory meal into an acrimonious social exchange shows us how pervasive dicrimination is. The film stars Sayani Gupta, Vinay Pathak, Lin Laishram, Dolly Ahluwalia, Adil Hussain, Lanuakum Ao, Tenzin Dalha and Rohan Joshi.

It is safe to say that this Fahadh Faasil and Nazriya Nazim production would not have been made if we had not been hit by a pandemic. The Mahesh Narayan directorial C U Soon starring Fahadh Faasil himself, Darshana Rajendran and Roshan Mathew worked with the space and time limitations imposed by the pandemic and wove them into an engaging plot. So the story of a software engineer drawn into the web of a virtual love story is tightly woven around online chats, video calls, and technology driven solutions. The narrative shot entirely during the lockdown, even without too many outdoor shots keeps us engrossed thanks to its smart script and compelling performances. An experiment new to all the industries including Bollywood and South.

Drawing from the meta-cinema genre, ‘AK vs AK’ is director Vikramaditya Motwane’s leap into the unknown. The good news is that the film lands successfully on the other side of boring conventions and tells a story like no other. A public argument, a controversial director, a fading star, a kidnapping plot turned over its head and the constant conflict between reality and performance, creates a narrative that is as beguiling as it is entertaining.

Usually science fiction falls flatly on its face in our cinema because we don’t employ creative imagination to explore the less obvious possibilities of the theme. Or we become too literal. In this Arati Yadav directorial produced by Navin Shetty
Shlok Sharma and Bollywood director Anurag Kashyap, what unfolds however is an unpredictable premise of the afterlife and mortality. Every scene is packed with nuances that you need to go back to fully imbibe. With sensitive performances by Vikrant Massey, Shweta Tripathi and Nandu Madhav, this story of two young astronauts aboard a mysterious spaceship, is both enlightening and pathbreaking.

Can the premise of a bank heist be laced with comedy, pathos, subtle social commentary and incisive character sketches? This Yoodlee Films production answers this question with a resounding, ‘yes.’ This Ashish Shukla directorial is not just another small town comedy with predictable punchlines. Starring Sanjay Mishra,Ram Kapoor and Raghav Juyal among others, it delineates the characters of Bony and Fundoo as symptoms of a corrupt system where ambition gets inextricably woven into crime without a way out. The film makes us laugh but also provokes thought and refuses to be categorised in this genre or that.

Once upon a time, horror in Bollywood meant the badly made up zombies in the films of Ramsay Brothers. We have thankfully come a long way from that time. In the Raj and D.K directorial, ‘Go Goa Gone,’ horror and comedy blend seamlessly to make us both laugh and cringe. Starring Saif Ali Khan, Kunal Khemu, Vir Das, Puja Gupta and Anand Tiwari, this story of a few revellers being hunted by flesh-eating monsters, shows that the zombies have truly come of age in our cinema.

Raj and DK’s short film ‘Glitch’ is a part of the acclaimed anthology ‘Unpaused’. Streaming now on Prime Video, it imagines a dystopian, post pandemic world that is sharply divided between warriors looking for a medical solution and those too anxious to trust life or love. The year is 2030, and the warrior putting her life on line to find a vaccine has to face not just hostility from her neighbours but the complications of dealing with a hypochondriac love interest. This is truly a story of our times and encourages us to hold on to hope even when life is at its bleakest.