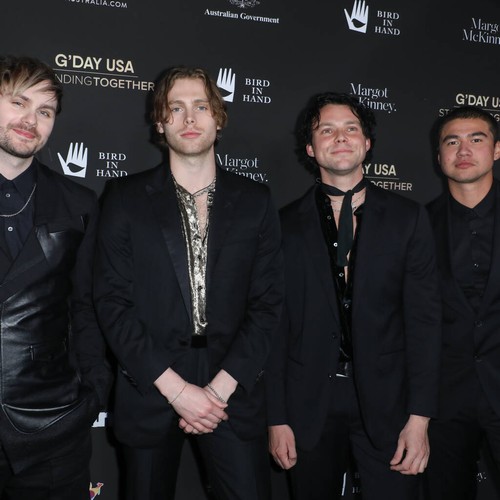 5 Seconds of Summer’s Ashton Irwin is “heartbroken” after a warehouse mix-up resulted within the band’s new album Calm settling for second place on the Billboard 200 chart.

In a video shared to Twitter on Tuesday, the drummer claimed Calm was “robbed” of the top spot this week.

“I just want to say I appreciate you contesting and fighting for our number one record in the U.S.,” he mentioned. “We’re left with the number two spot this week and, may I add, that I think it’s absolutely astonishing and incredible that we’re even at the top of those charts in the calibre of artists that are there with us.

“Records have been launched every week early that we had no management over, which may be very disappointing. Quite actually, my coronary heart broke after I discovered about that.”

The group lost 10,000 sales towards the chart when a batch of records were dispatched to fans early, resulting in Calm debuting last week at number 62.

Ashton added that other artists whose records were released early have had their charts positions “amended” but “it looks like that is not going to occur to us”.

“I would like you to know that I’m extraordinarily proud of this fan base for having a voice,” the 25-year-old insisted. “I like you guys. Remain honest, hold voicing when issues are mistaken and I’ll try to be as courageous as you’re.”

Ashton also tweeted that he was “apprehensive” about sharing his thoughts on the chart fiasco.

“I believe I’ve censored myself pretty effectively. I really feel fearful to talk up concerning the albums that went out early for concern or dropping partnership with media shops,” he added.

The group have been overwhelmed to the summit by The Weeknd’s hit album After Hours.